The Earth and Man National Museum in the city of Sofia is one of the most visited tourist sites in the capital. The thousands of exposed exhibits provoke interest and admiration of the mineral diversity, beauty and richness of the Earth. The museum is one of the few in Europe with such a great variety of minerals – here are preserved samples of 1,618 mineral species from the world-known over 5,000 /according to the museum data from January 2018/. The museum units, collected from the country and other 110 countries, are over 31 000 and are arranged in 7 sections.

The most attractive part of the permanent exhibition of the museum is the Giant Crystals collection. Almost all of it is made up of huge and beautiful crystals donated by the Bulgarian Iliya Delev, an immigrant in Brazil, who has provided a total of about 200 pieces, the first 53 being from 1985. The exhibits are extremely rare. In fact, it is one of the two largest collections of giant crystals from Brazil /the other one is in France/.

With its colors, shades, transparency and shine the Gems and Decorative Stones collection overwhelms every visitor. It contains samples of all kinds of gems and presents some of the most attractive exhibits in the museum. They come from all over the world and are exposed in a natural and processed form. They include: diamond, ruby, sapphire, emerald, topaz, quartz, sea-blue aquamarine, yellow heliodor, golden beryl, pink morganite, amethyst, opal, picturesque agates and many others. Interesting for visitors are also the rare and exotic gems such as scapolite, euclase, datolite, danbrite, etc., the extremely rare examples of charoite from the only field in Siberia, as well as the particles of space meteorites.

The two collections Minerals of Bulgaria and Minerals of the Earth are of great significance and value. The first is the most complete collection of Bulgarian minerals, an important part of which are the masterpieces of new species discovered in the country and the second largest in the Balkans. Part of the permanent exhibition of the museum are also the collections: Mineral Resources on Earth, Mineral Resources of Bulgaria with samples of about 400 Bulgarian fields and ore occurrences, Materials and Peter Tranteev.

Temporary exhibitions in the museum such as Poetry of the Stone, Agate from Bulgaria and others are fascinating and remarkable. The Poetry of the Stone exhibition presents in a very powerful way the beautiful gems, combined with the poems of famous poets.
The museum was founded in 1986. It was created entirely with donations of Bulgarian and foreign physical and juridical persons. Its complete realization, including the restoration and adaptation of the building, has been accomplished with funds from the 13 Centuries Bulgaria National Donation Fund.

The Earth and Man National Museum is located in the central part of Sofia near the National Palace of Culture. It is one of the 100 national tourist sites.

The museum has created access conditions for disabled people. 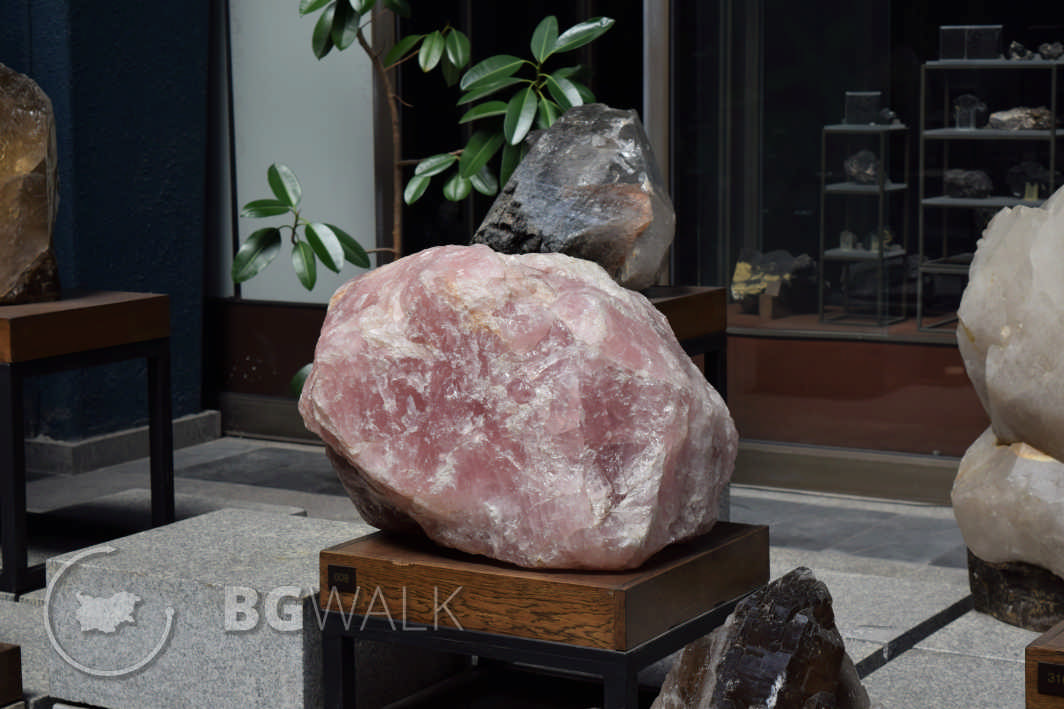 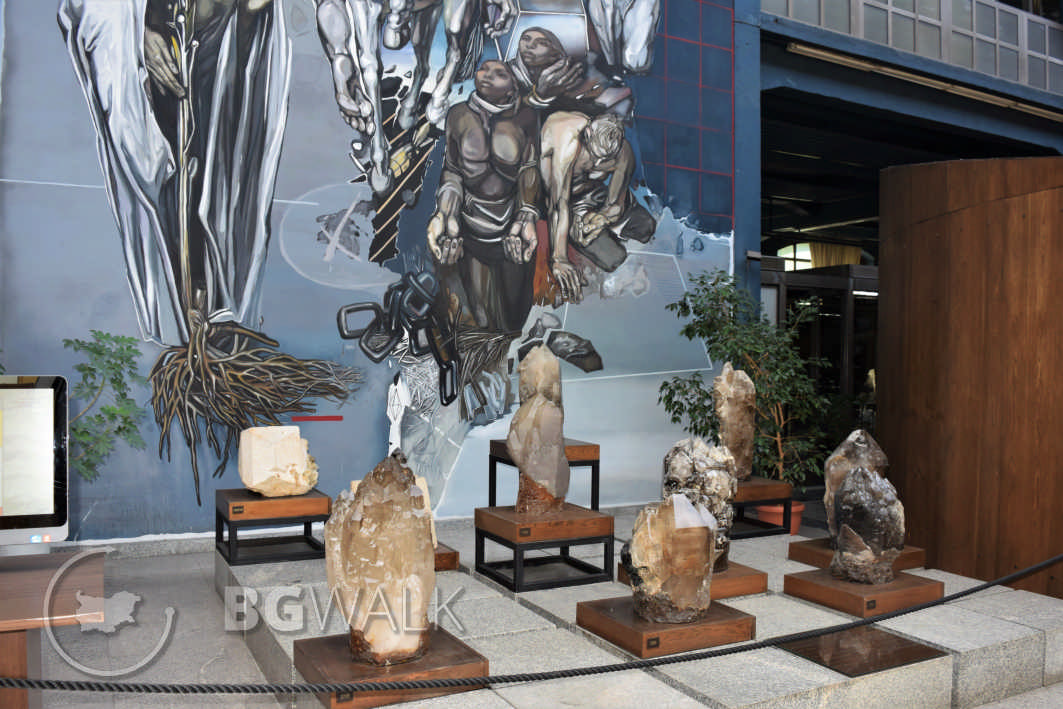 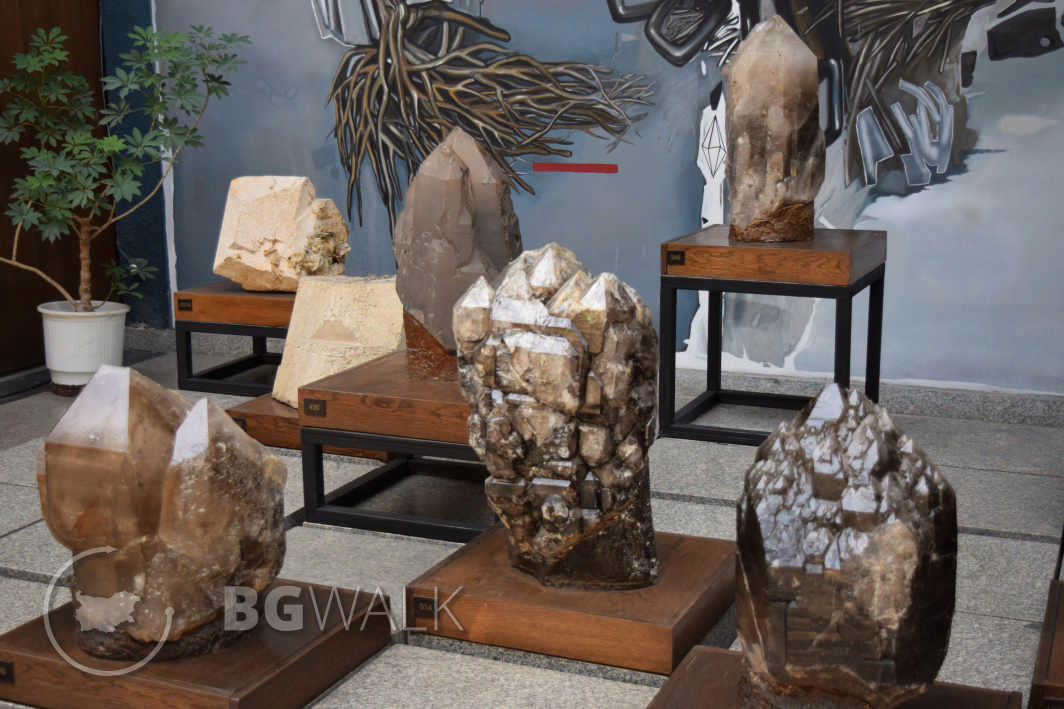 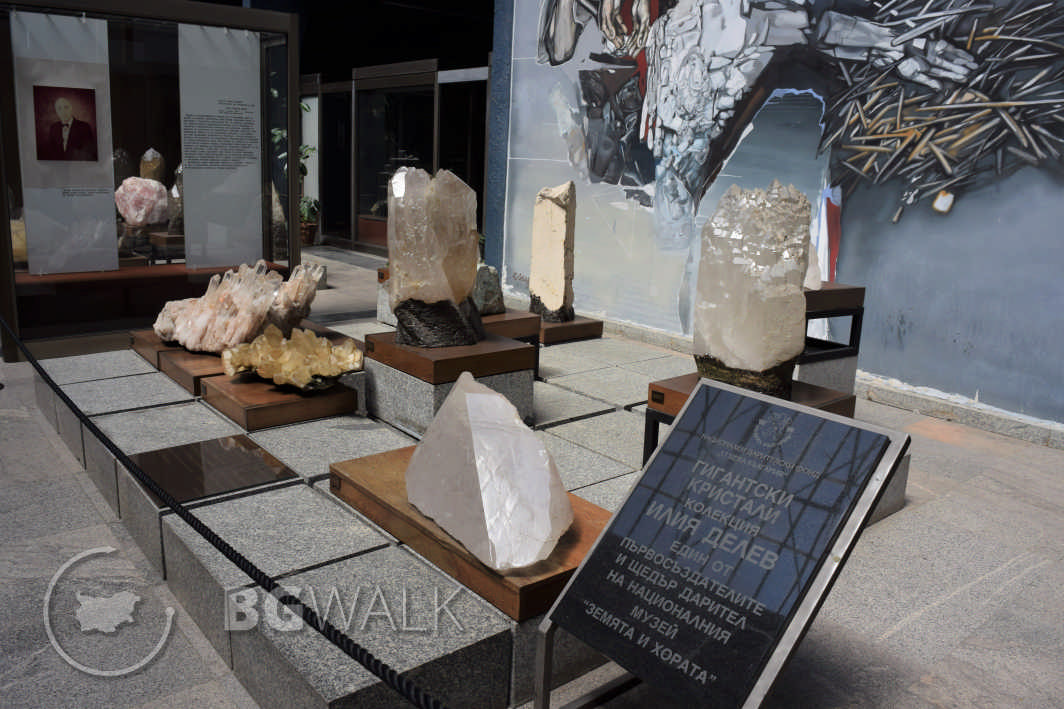 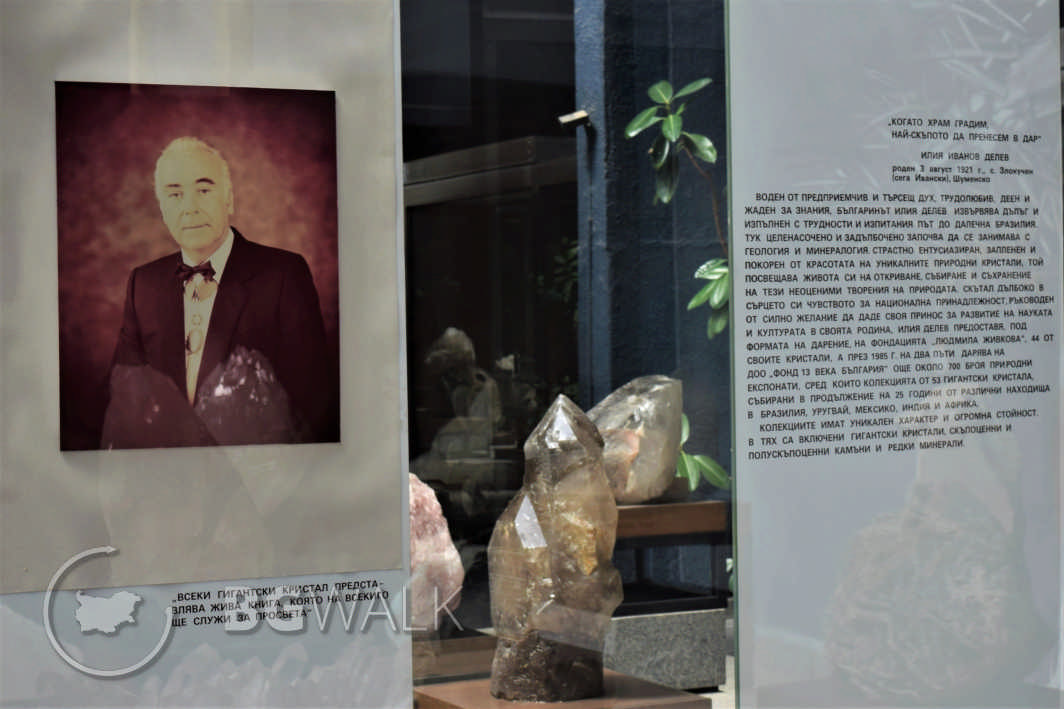 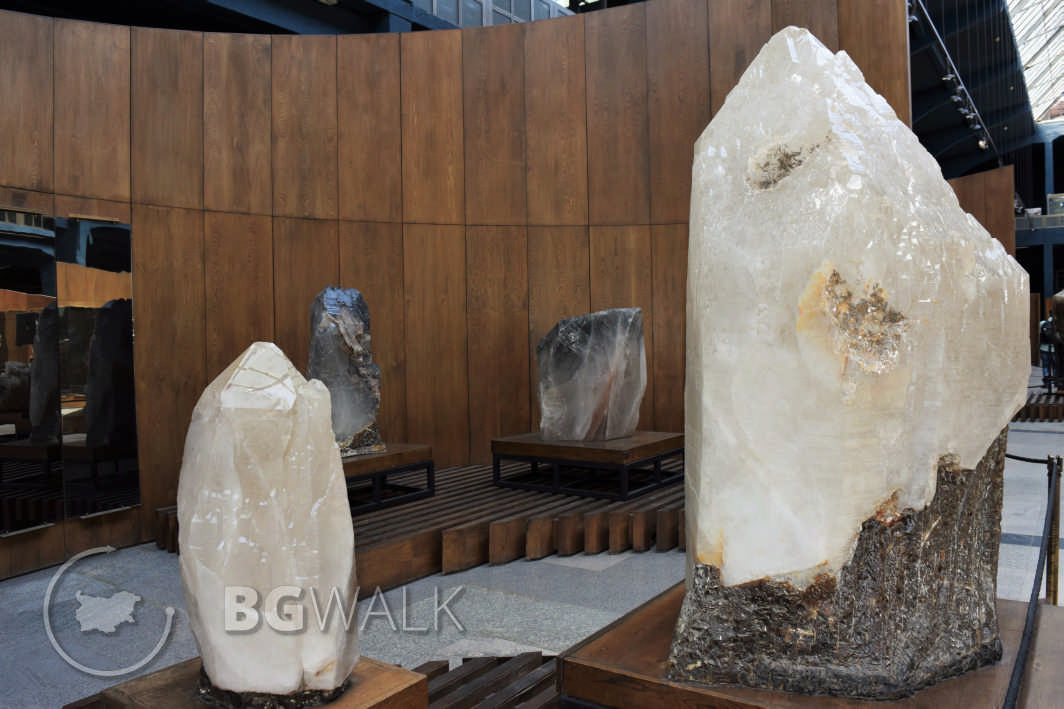 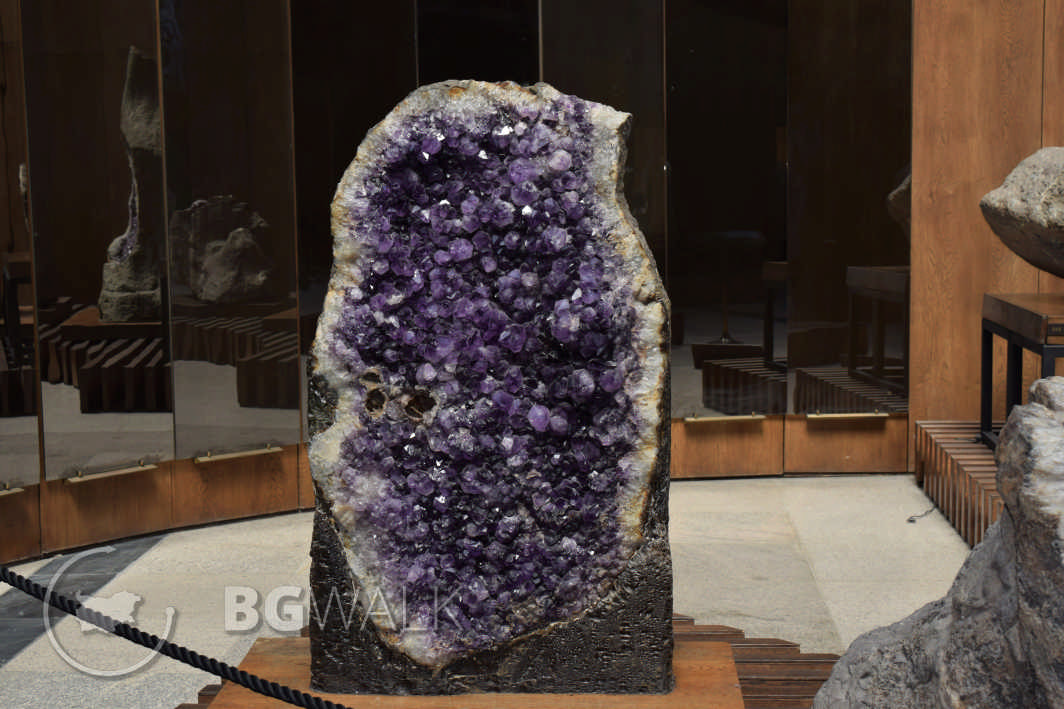 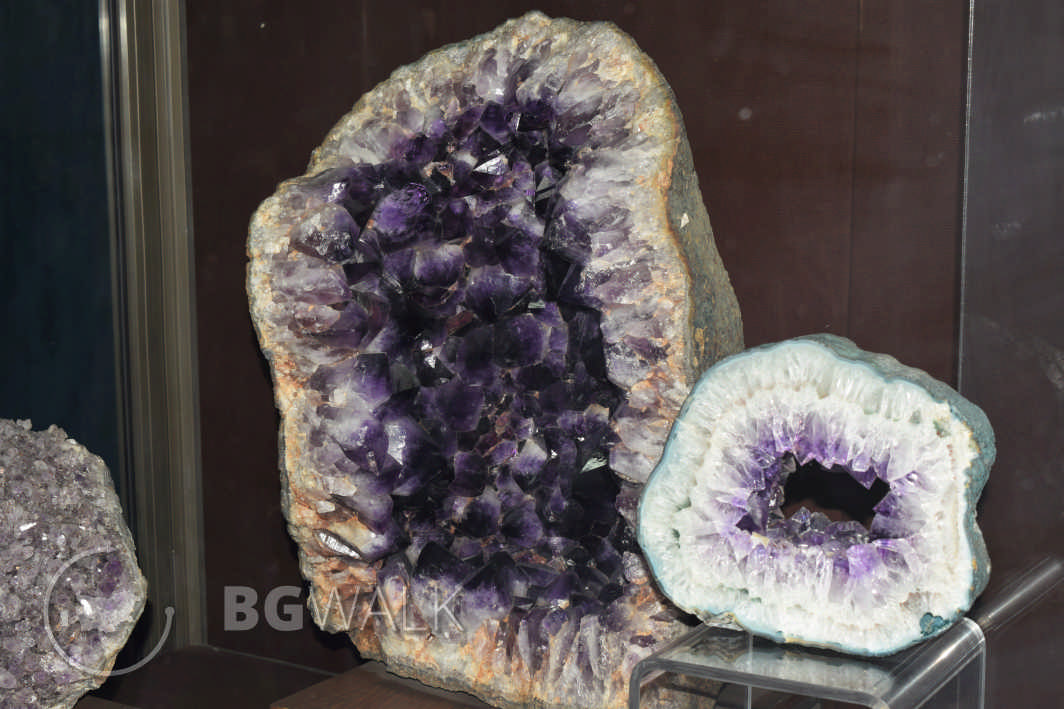 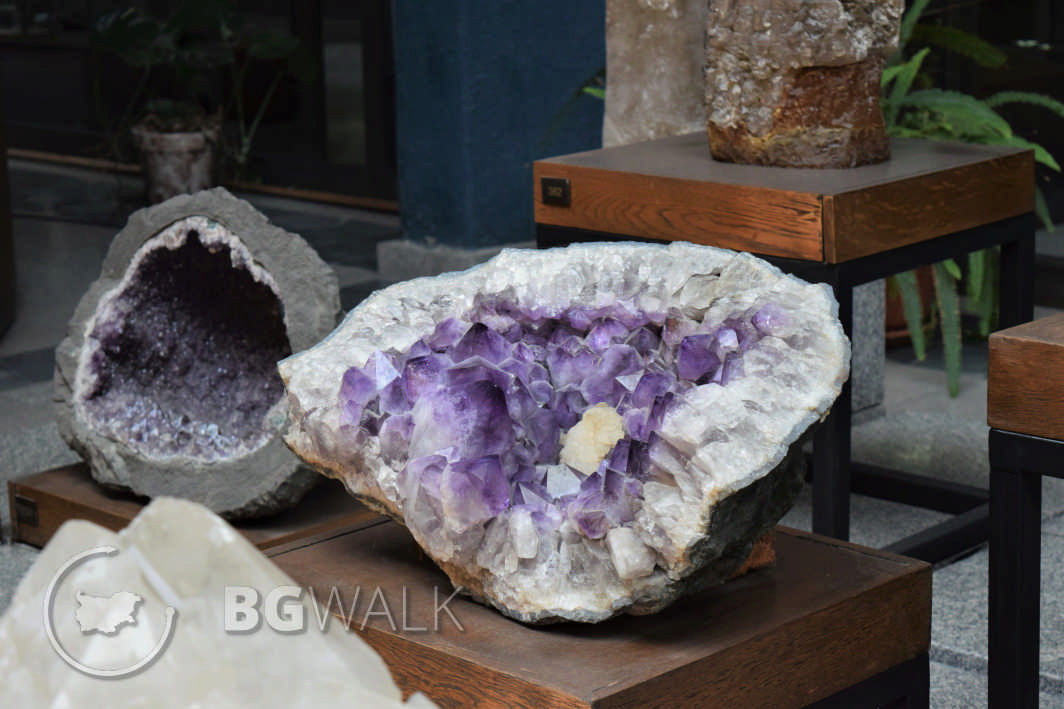 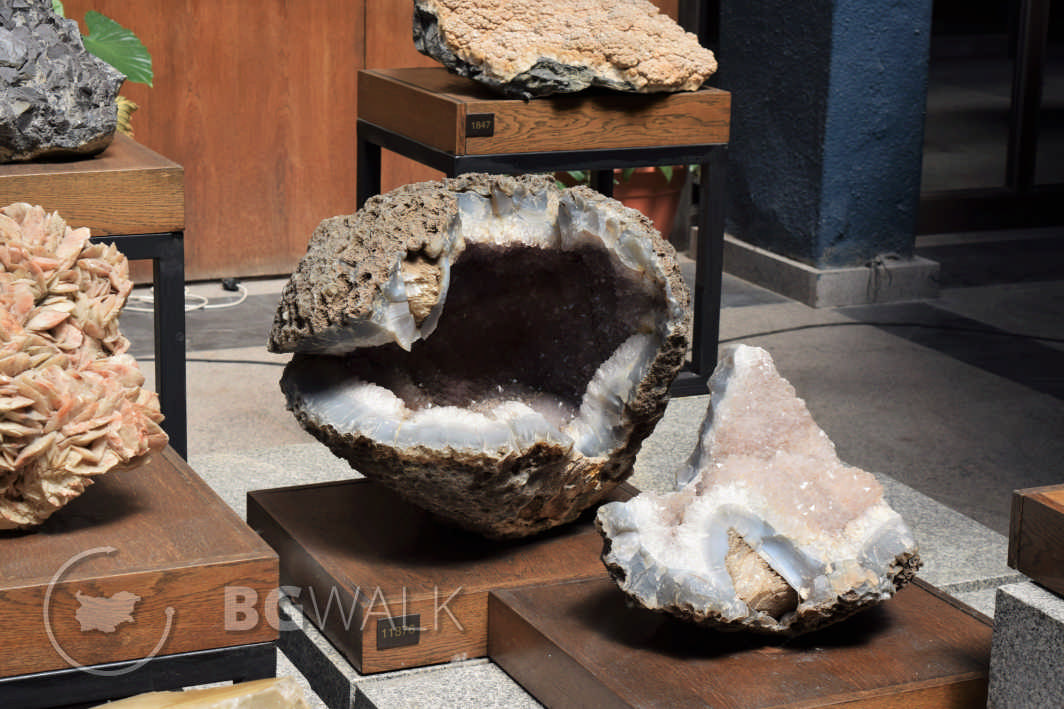 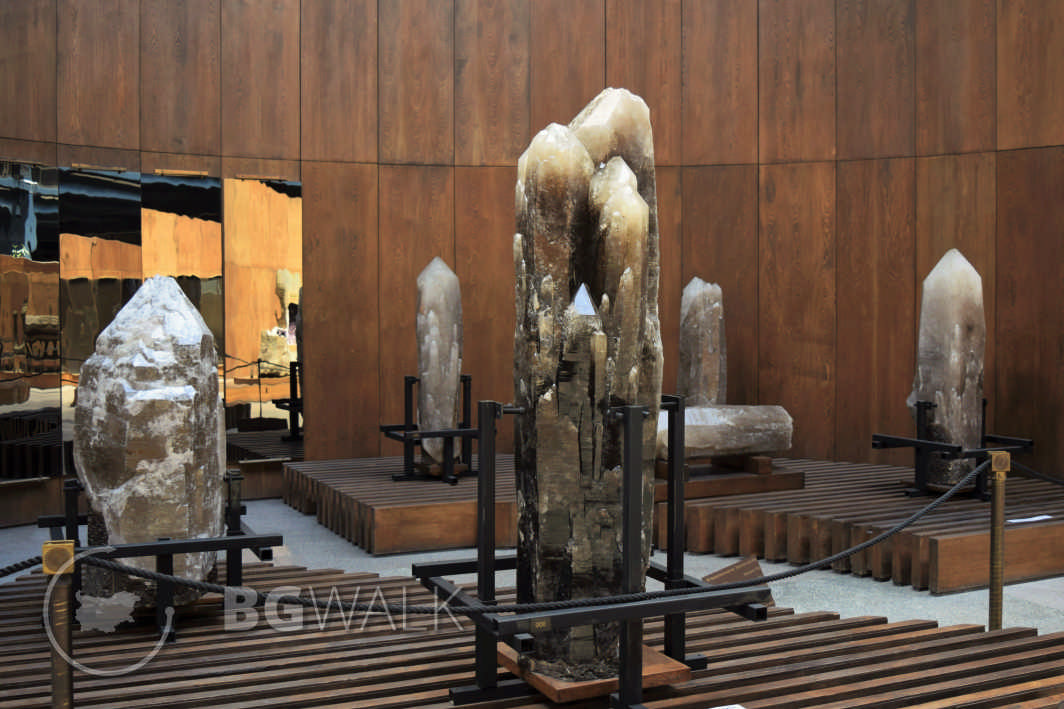 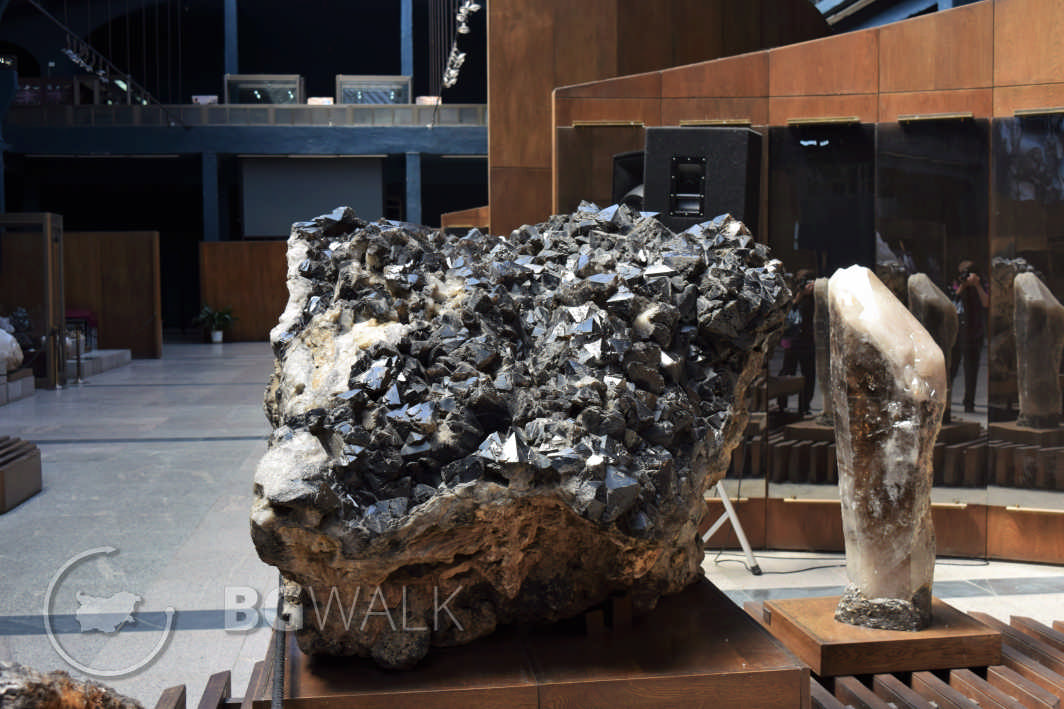 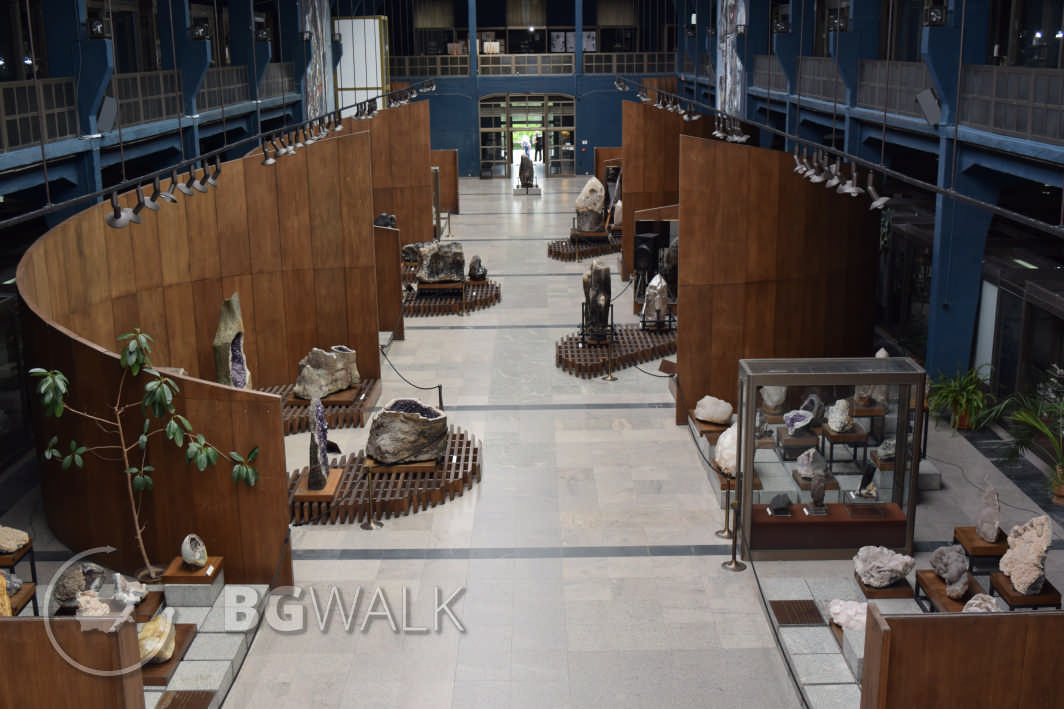 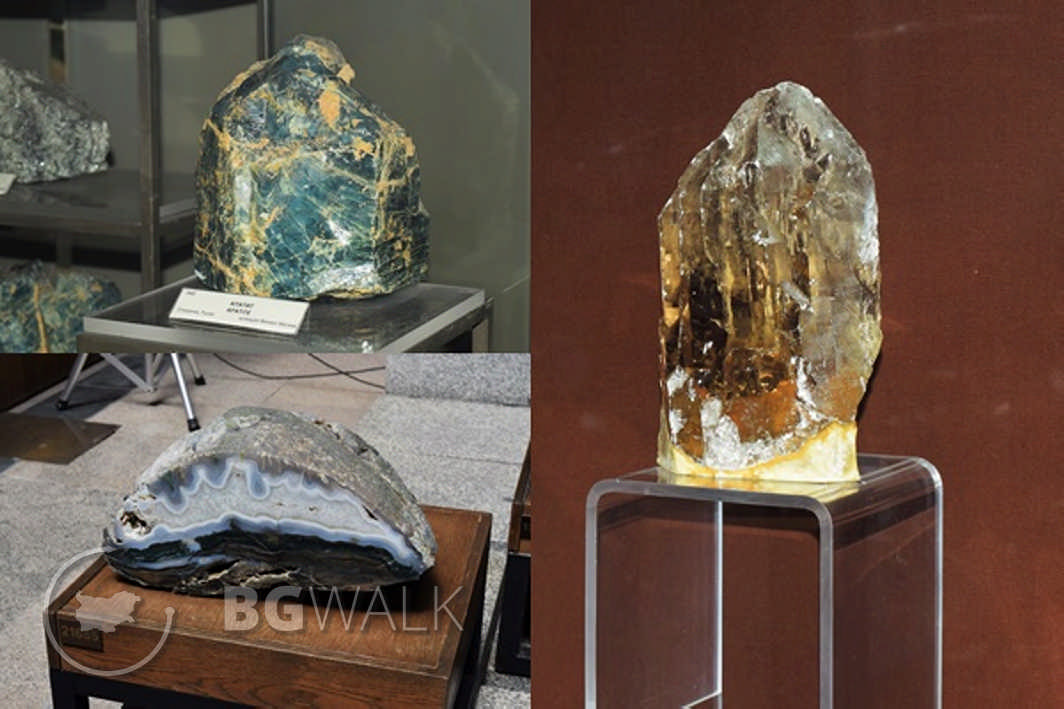 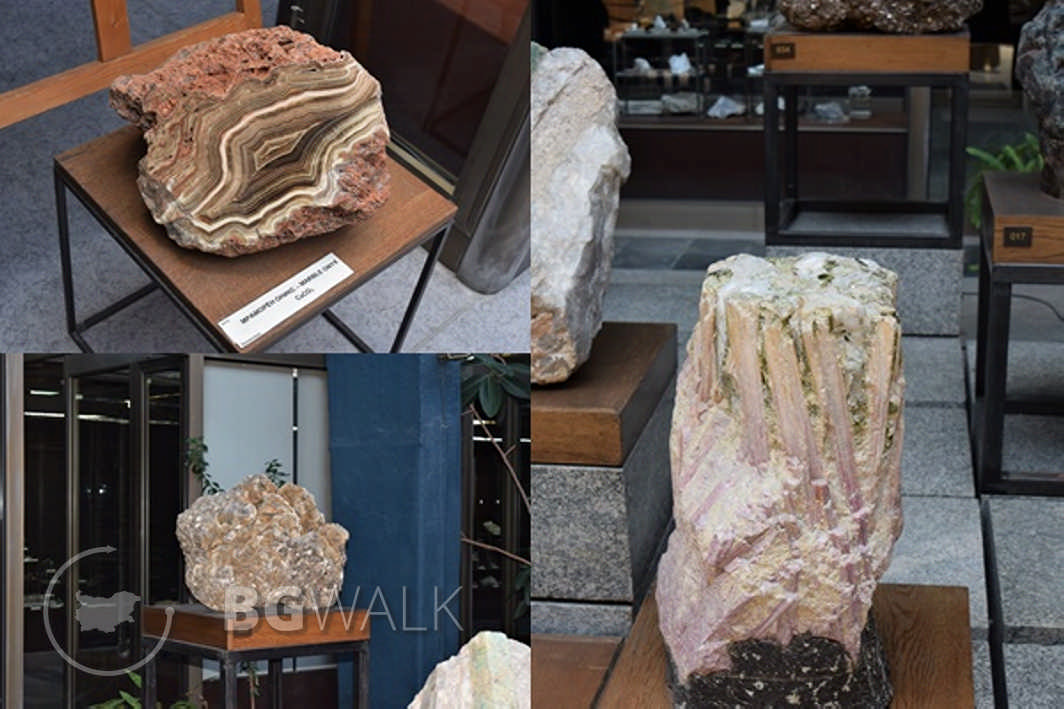 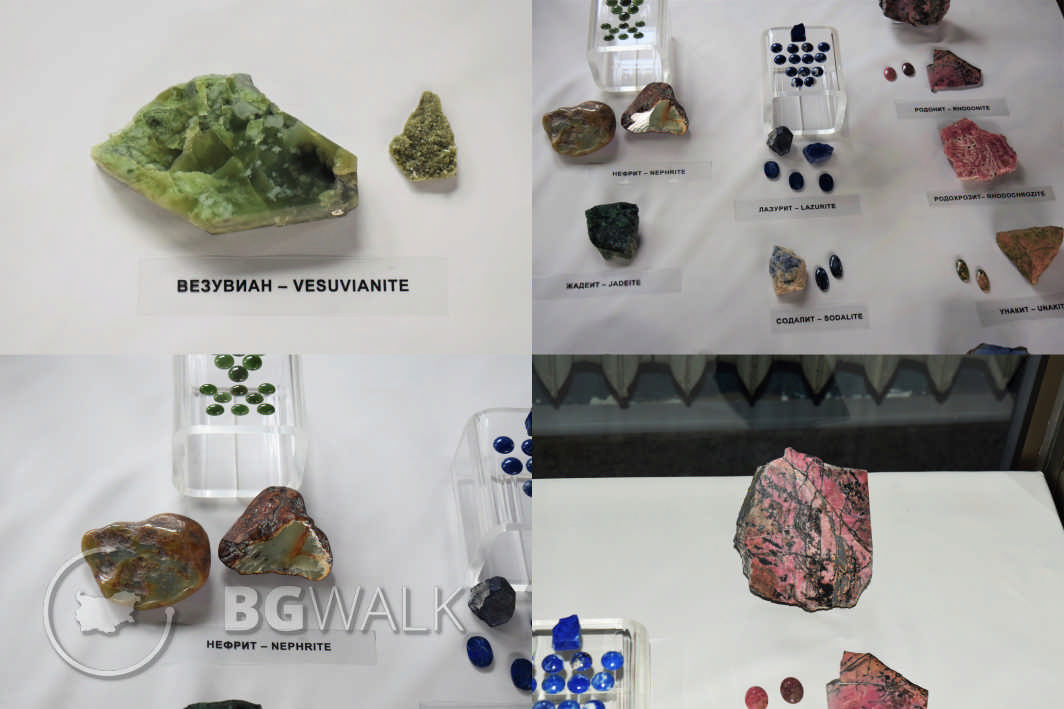 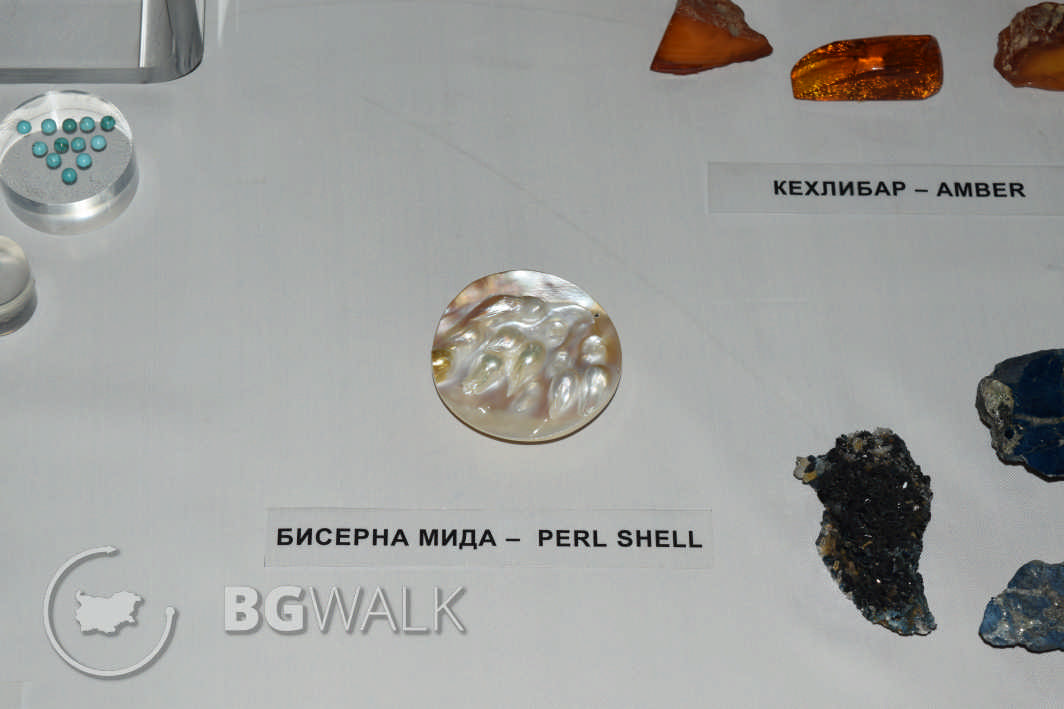 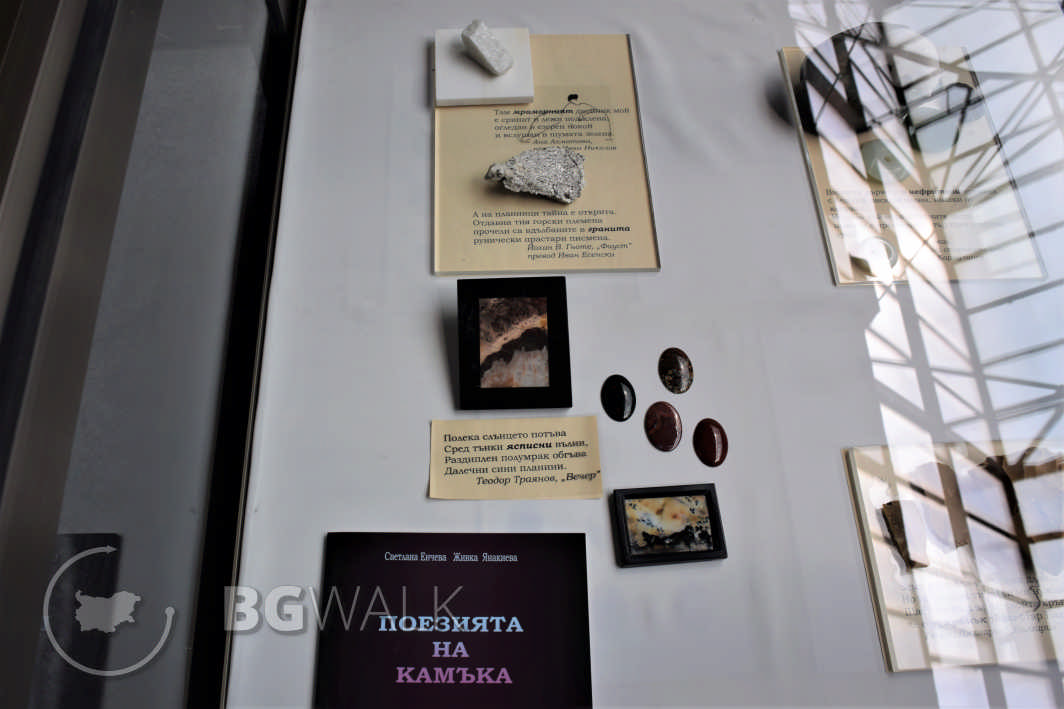 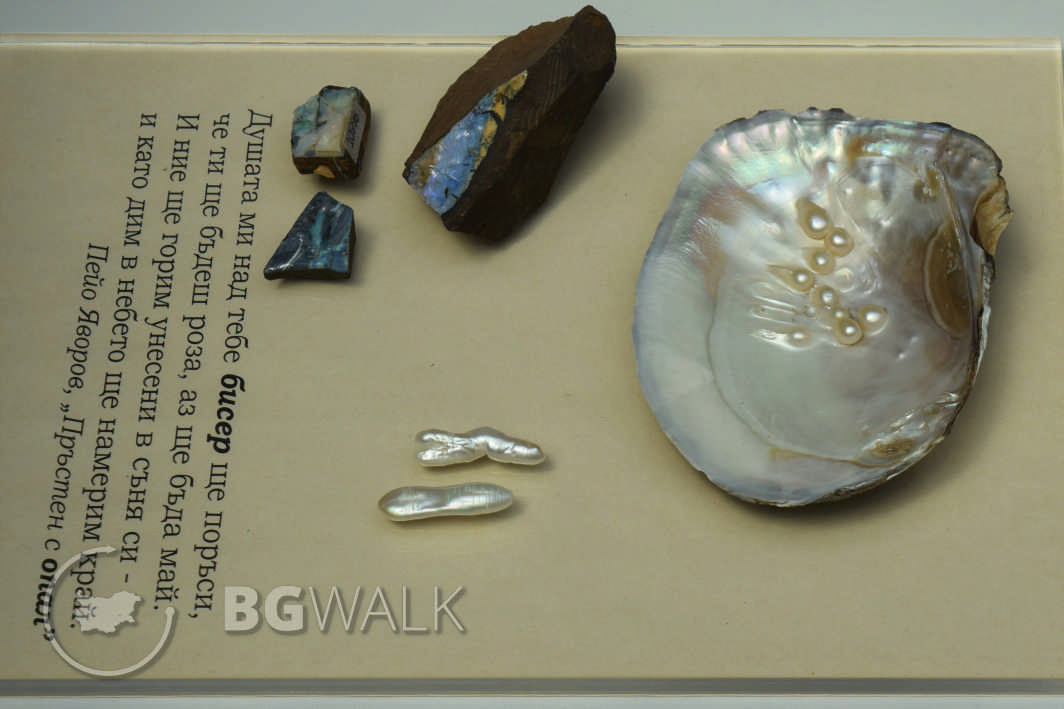 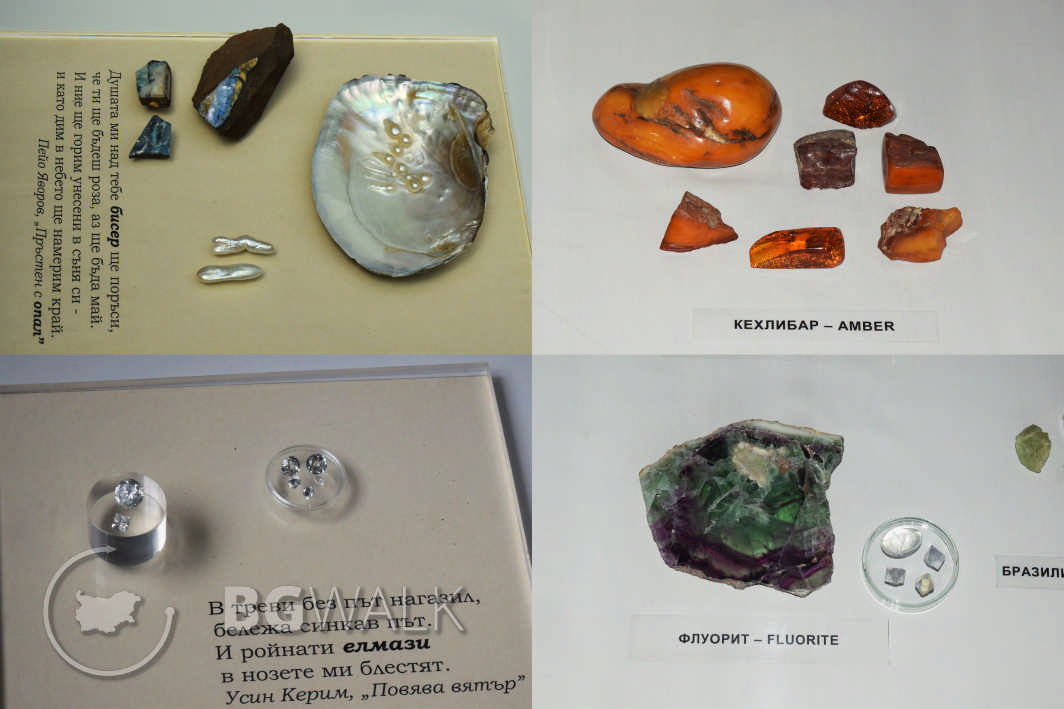 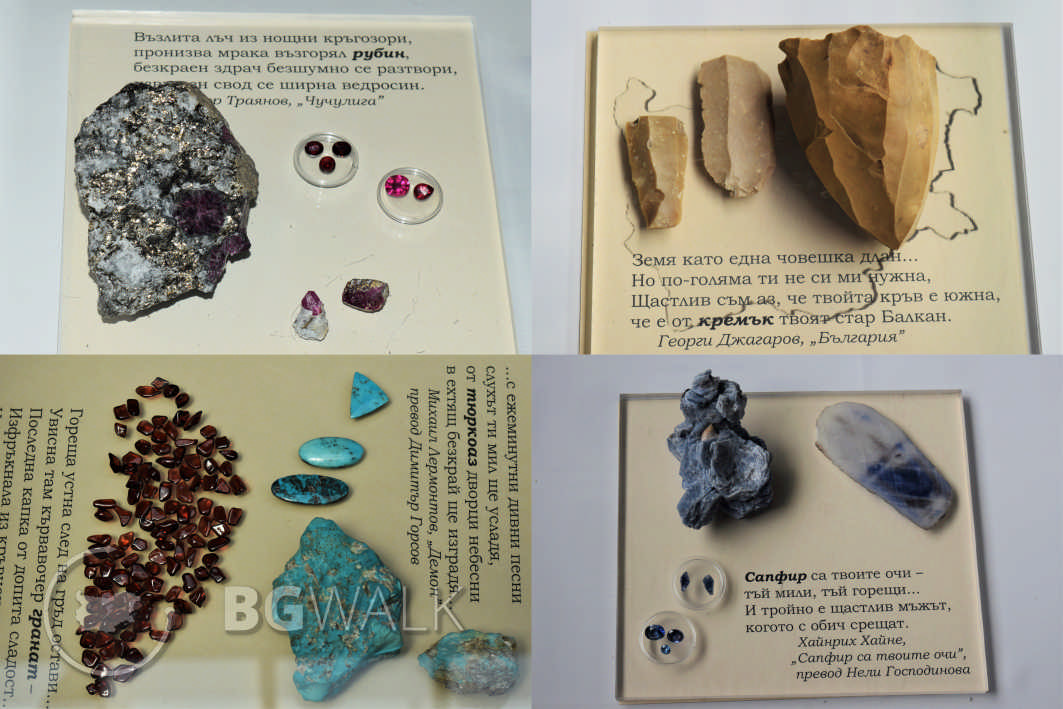 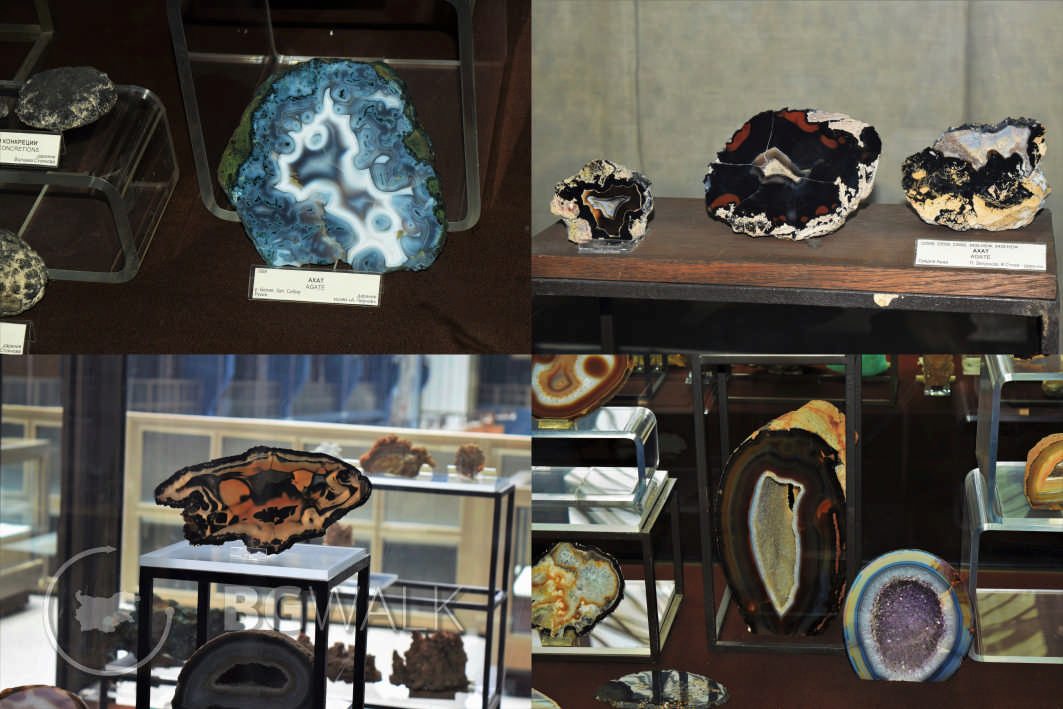 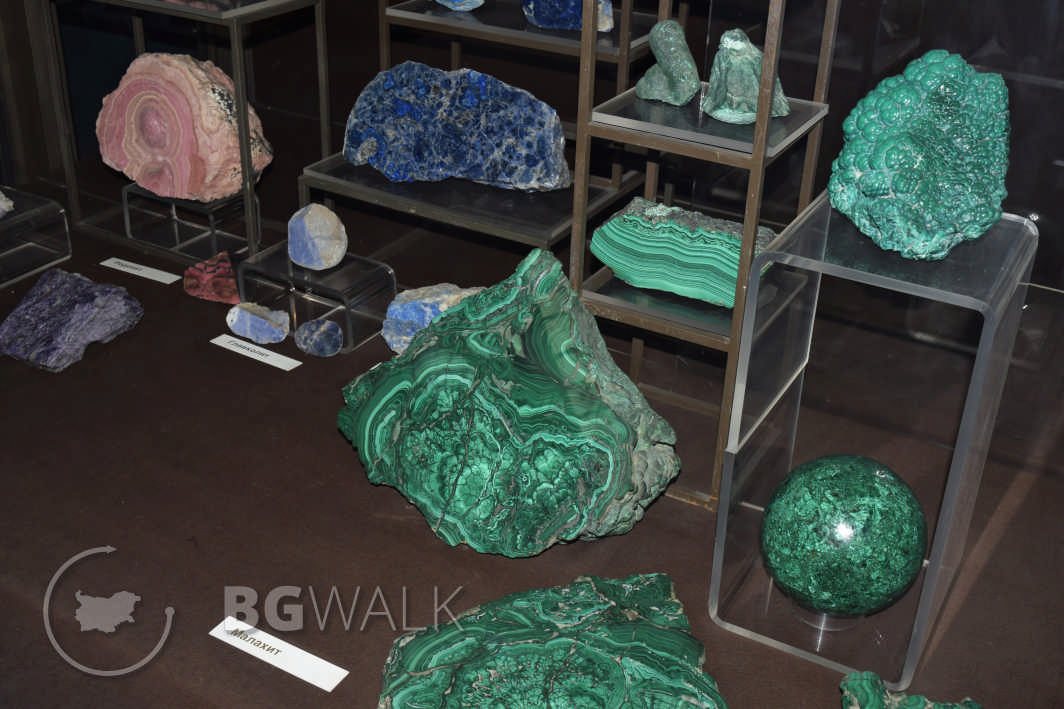 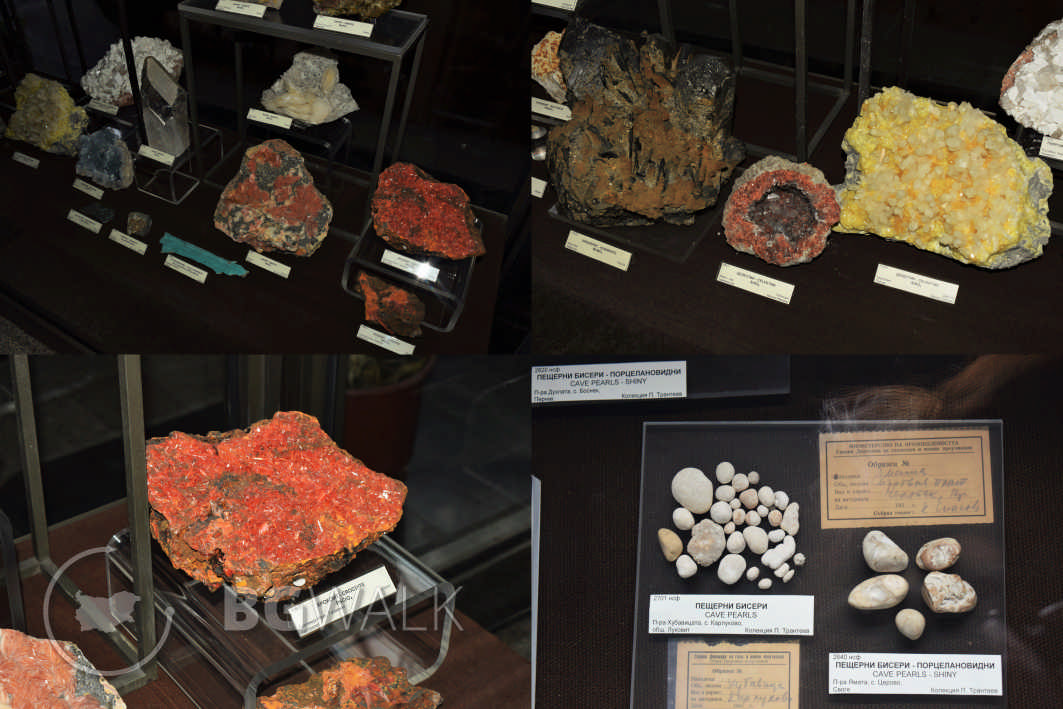