St. Nedelya Cathedral temple is on the square of the same name in the center of the city of Sofia. It is the second largest church in the capital after the St. Alexander Nevski Temple. It is one of the most well-known and visited by tourists religious and cultural-historical monuments.

It is believed that the first building of the church was built in the 10th century – with stone foundations and wooden construction up. In 1856, a new large temple, a three-nave basilica, began to be built. In the end of 1858, the construction was almost ready when an earthquake imposed new construction and restoration activities. In 1863 the building was finished, and 3 years later it was sanctified.

The iconostasis is two-row and gold-plated; it was created by Anton Stanishev, wood-craver, and part of the iconostasis icons were painted by Stanislav Dospevski, famous painter. In the 19th and the beginning of the 20th century, the church was called "St. King" because of the Serbian King and saint Stefan Urosh II Milutin, whose relics have been preserved here up until now.

The temple is unfortunately known with one more fact. In 1925, representatives of the Communist Party placed an explosive device under the central dome of the temple that exploded at a time when many leaders and representatives were at the funeral of General Kosta Georgiev in the St. Nedelya church. The arrival of Tsar Boris III was also expected, but he was late for several minutes, which saved his life. The explosion destroyed much of the roof and part of the southern temple wall, 193 people were killed and about 500 were injured. With the help of a donation campaign and a few years later, the temple was restored in this majestic form, which is now.

The church is centrally domed in Neo-Byzantine architectural style. Its height is 31 meters, its length is 30 meters and its width is 15.50 meters. Under the dome of the bell tower there are 11 bells, eight of which were donated by Prince Dondukov-Korsakov in 1879, two were made in Serbia and one was cast in Bulgaria. Its admirable frescoes were made by a team of artists under the guidance of Prof. Nikolay Rostovtsev and Karl Yordanov, Bulgarian icon painter, also took place in the painting activity. The church is also famous for its beautiful icons, as well as the miraculous icon of the Virgin Mary.

It is an active parish church, part of the Sofia Holy Bishopric. Every day divine services as well as baptisms, weddings, etc. are held here. 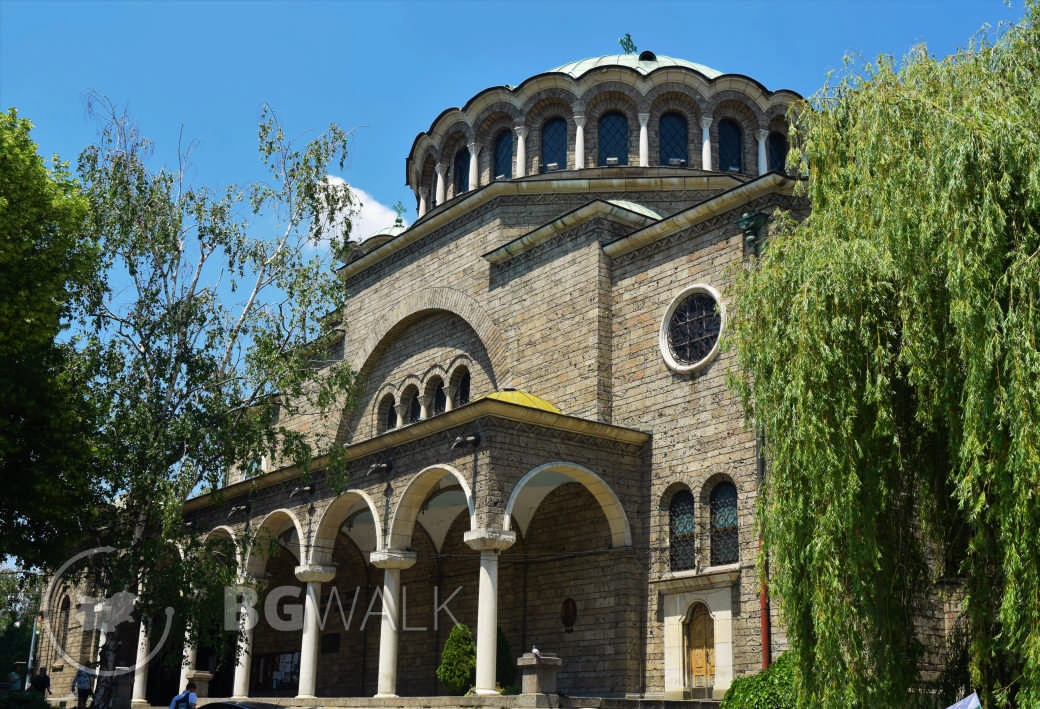 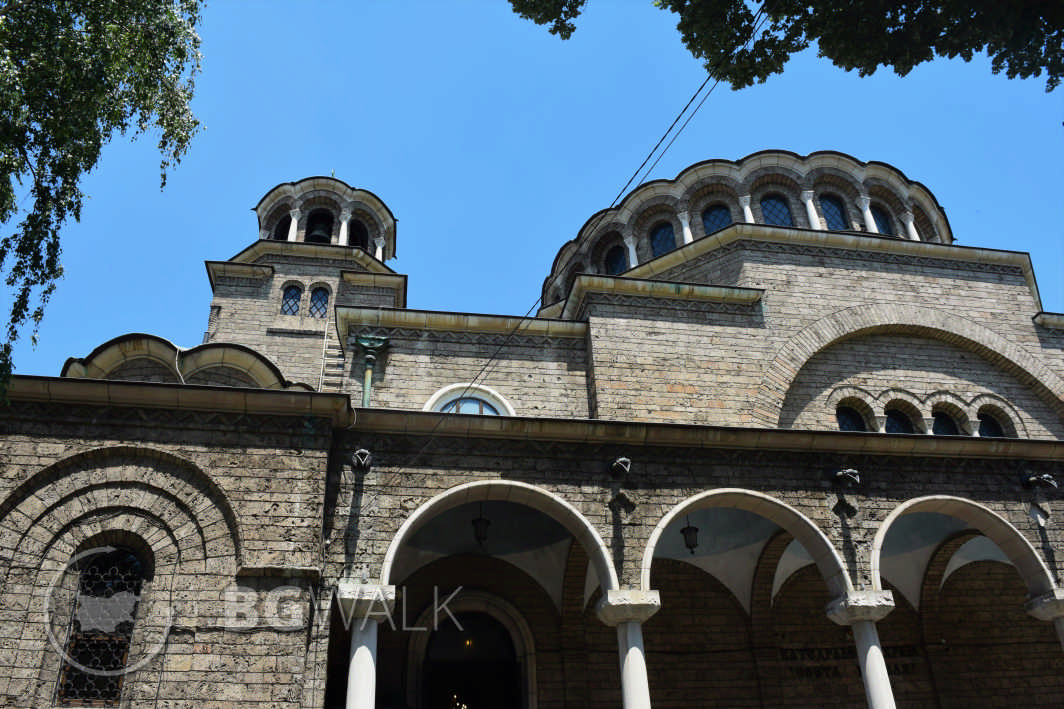 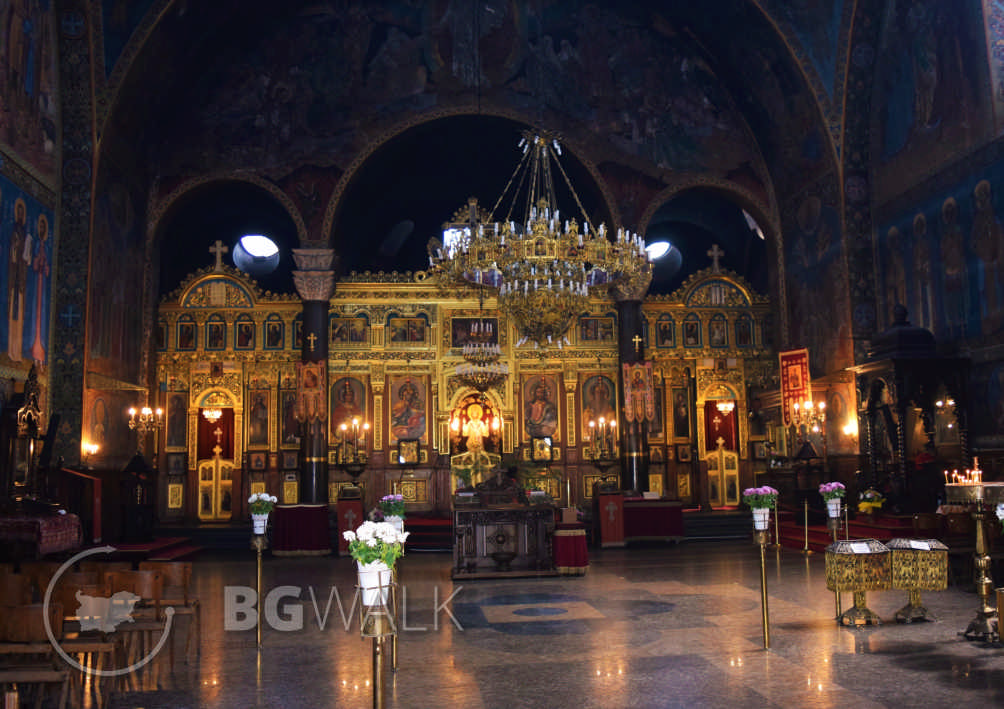 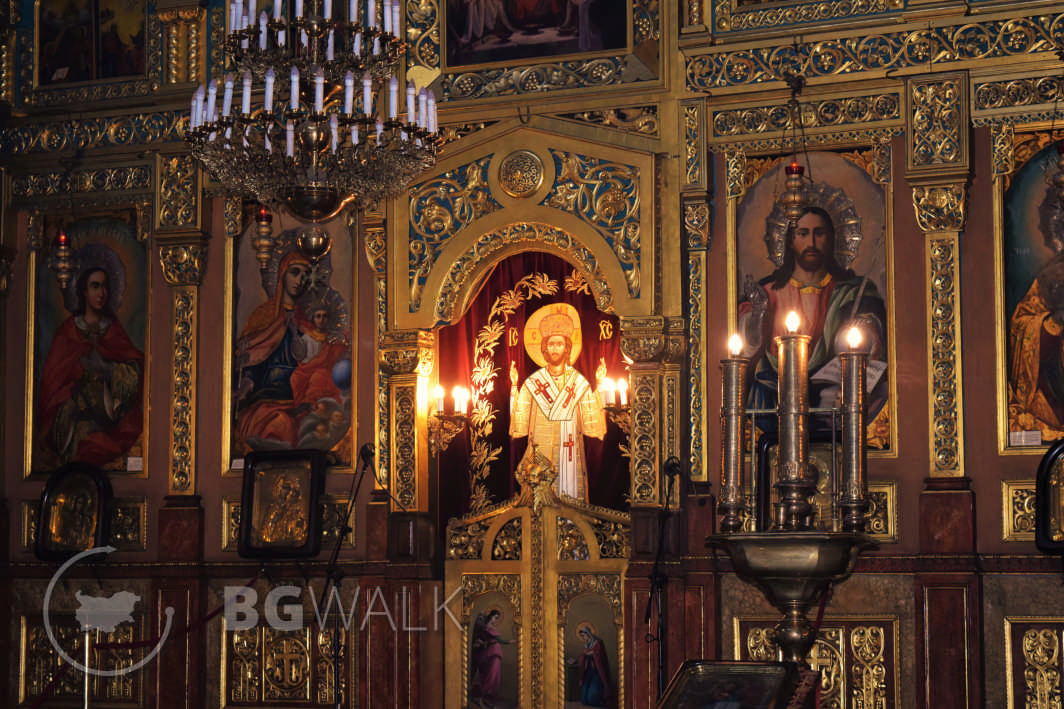 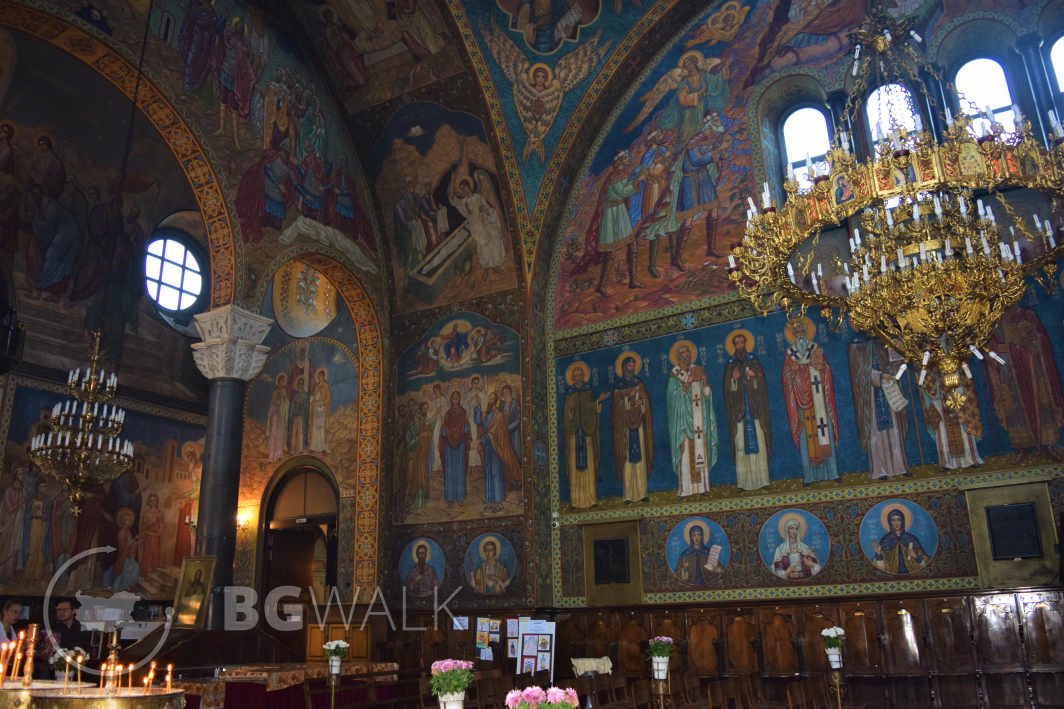 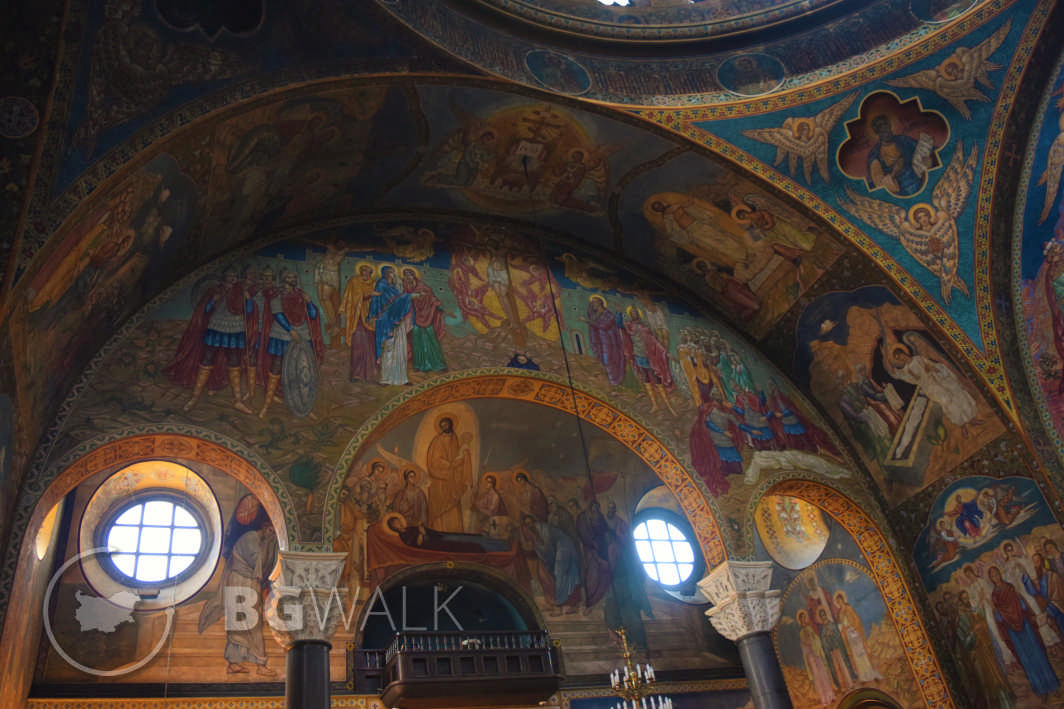 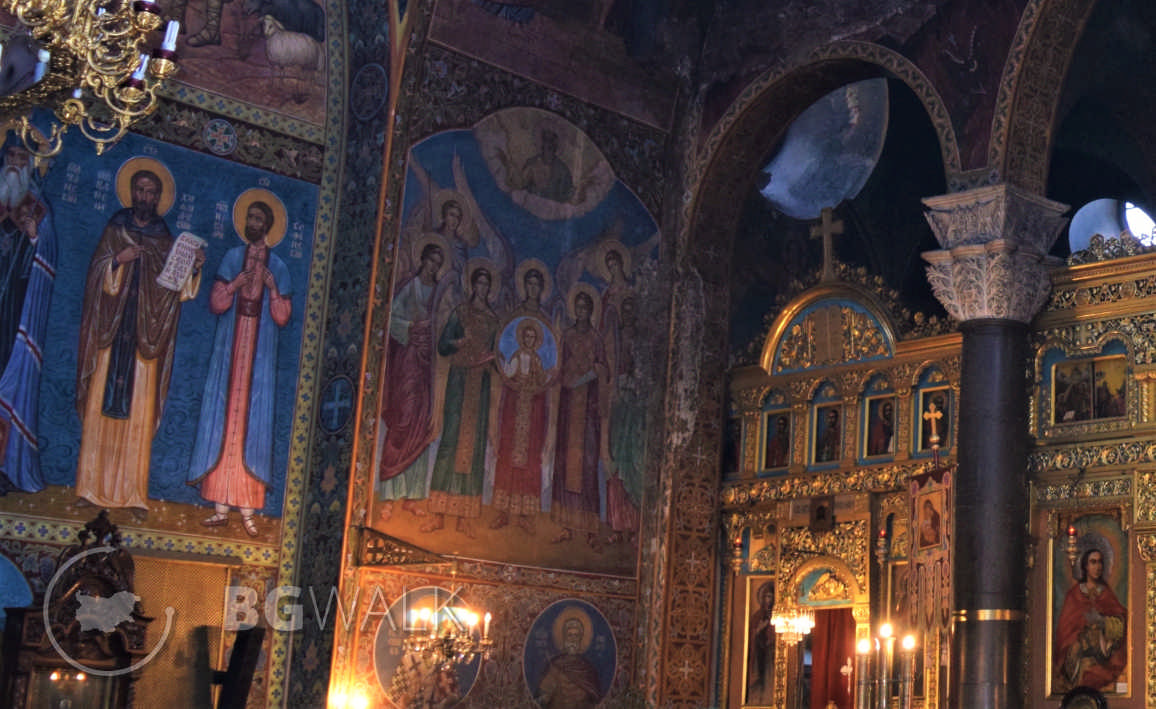 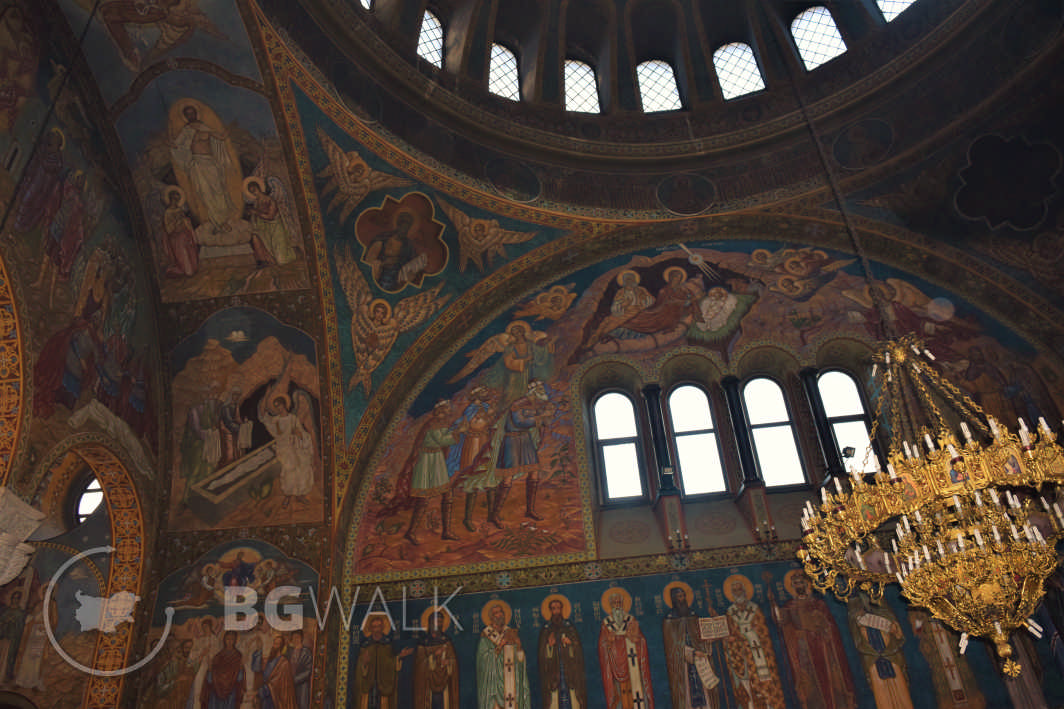 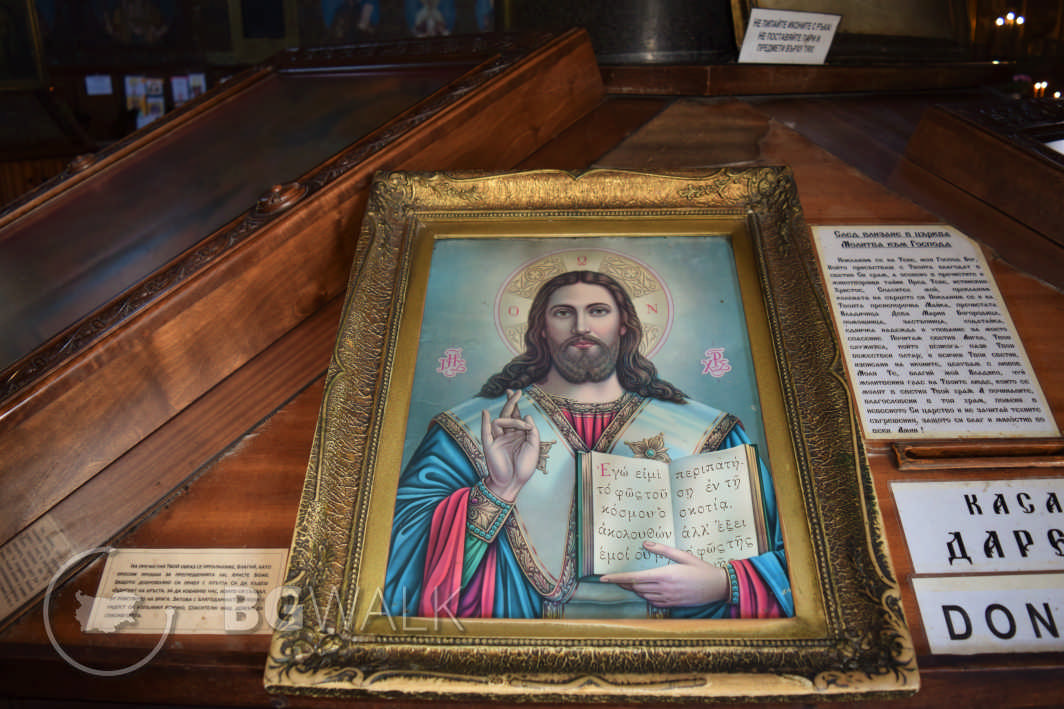 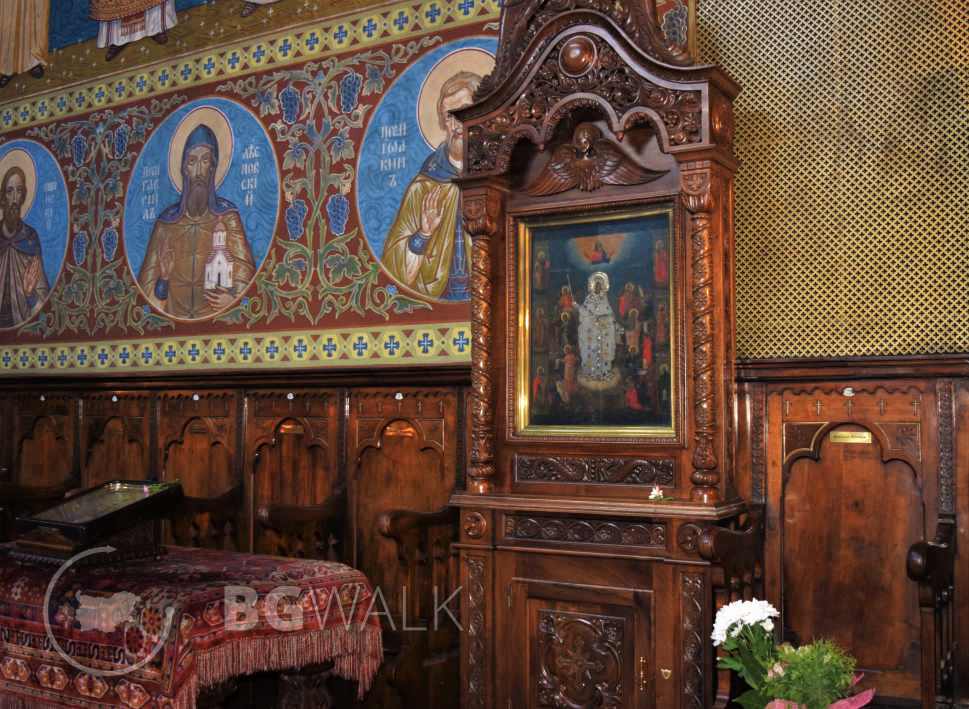 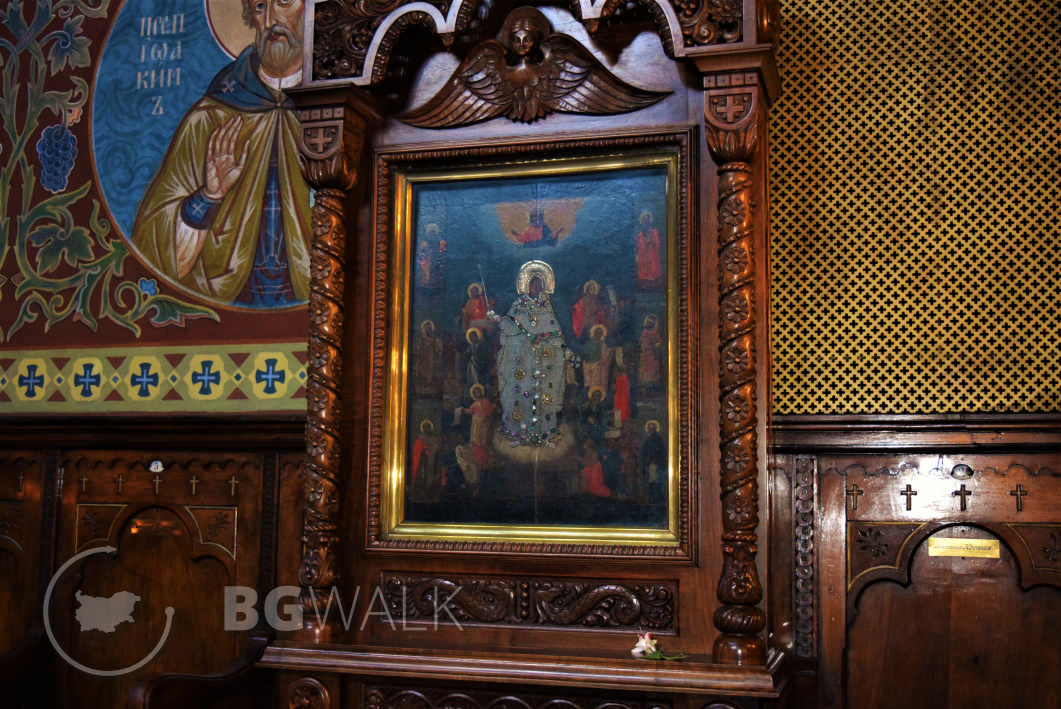 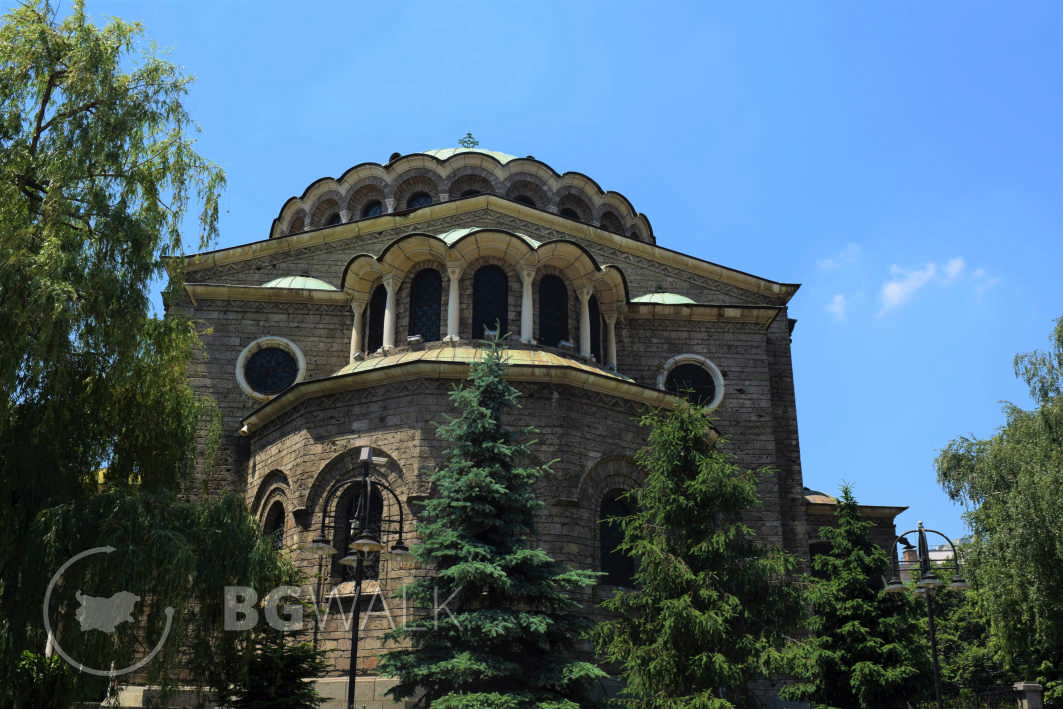