St. Alexander Nevski temple-monument is one of the symbols of Sofia. It is the most magnificent temple in Bulgaria and one of the largest on the Balkans. It is located in the center of the capital on a squareof the same name.

The cathedral impresses people with its architecture, gilded domes and size. Its beautiful frescoes, icons and unique collection of antique icons in the crypt of the church attract thousands of Bulgarian and foreign visitors.

The temple was built in honor of the Russian Emperor Alexander II, who headed his army to free Bulgaria from a five-century Ottoman yoke.
It named after St. Alexander Nevsky /1220-1263/, a great commander and prince who was canonized by the Russian Orthodox Church because of his dedicated and decisive defense of Russia and the Orthodox faith. The saint was a patron of the Russian Emperor Alexander II and the name of the church is an expression of the Bulgarian people's gratitude to Russia and the Freedom King.

The church is a neo-Byzantine, five-nave, cross-dome basilica with an area of 3 170 m2, a length of about 74 m, a width of 52 m and a height of 53 m. There are 12 bells, cast in Moscow, with total weight of 23 tons. It was constructed by the project of Prof. Alexander Pomerantsev, famous Russian architect, and the decorations and the frescoes were made by prominent Bulgarian and Russian artists and specialists.
It is an active temple and a patriarchal cathedral.

Lecture in Bulgarian; only on prior request. 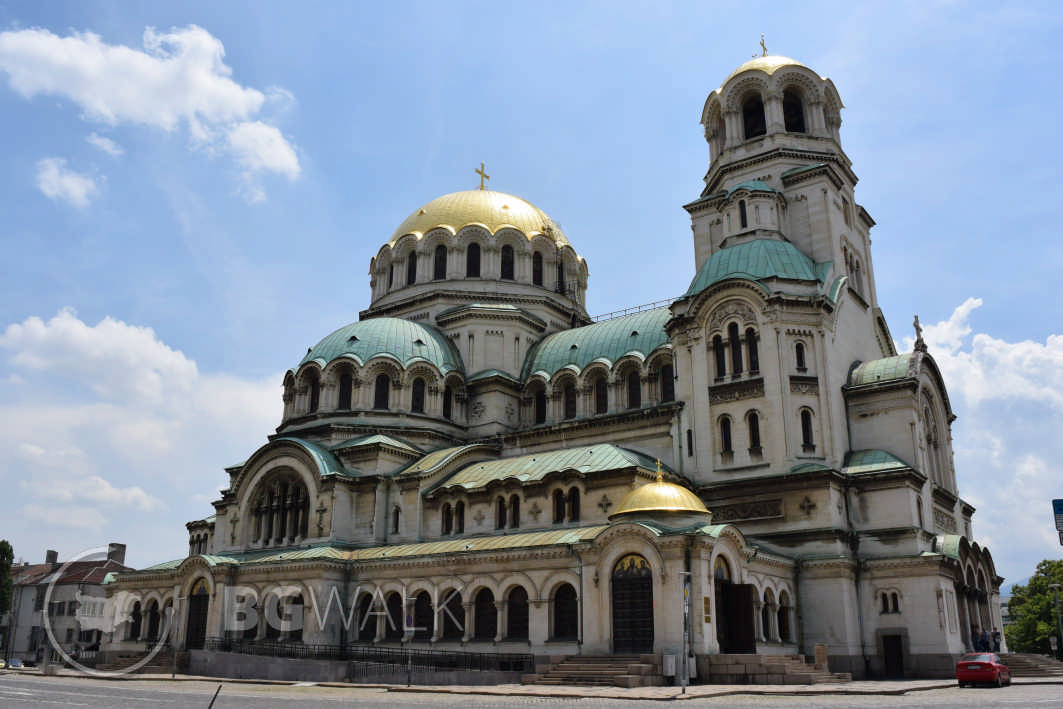 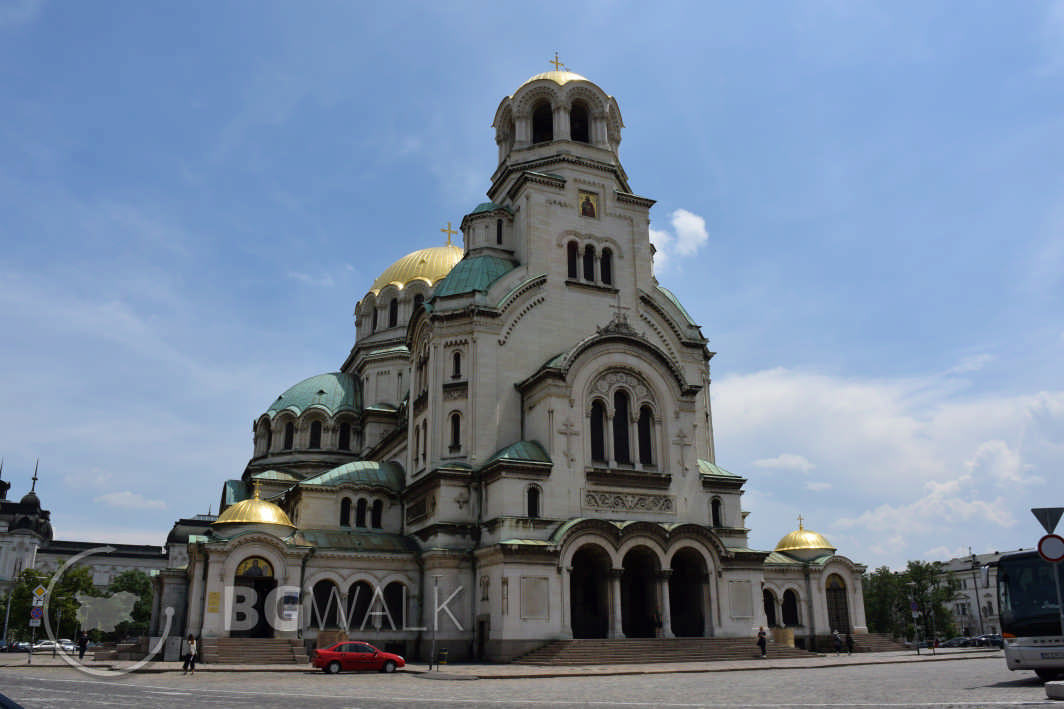 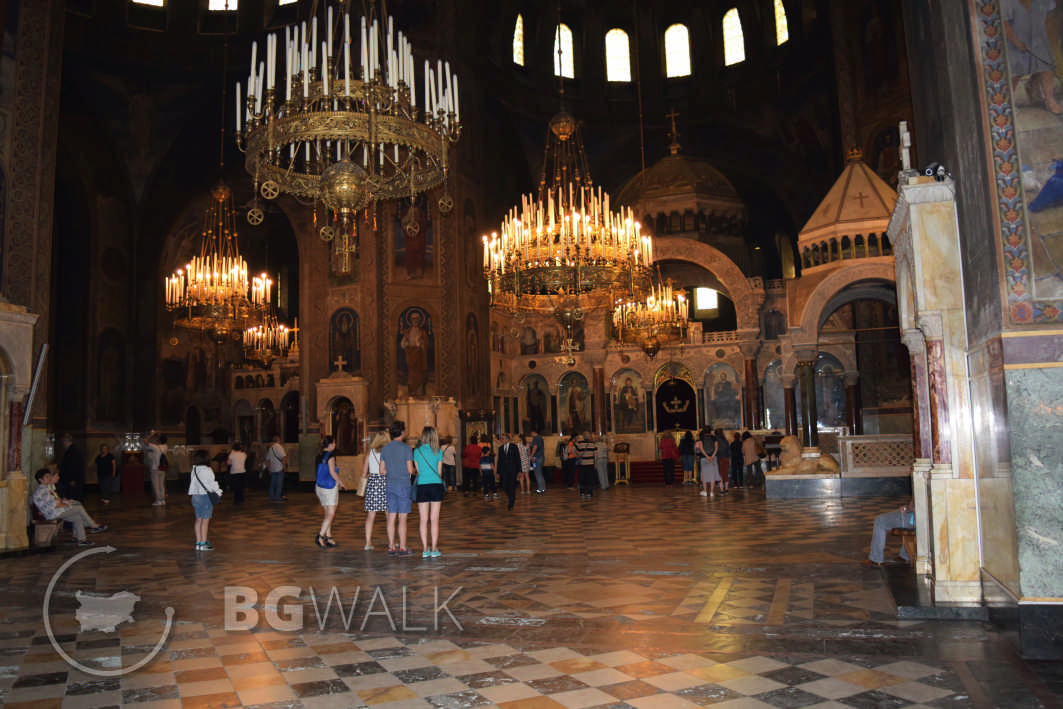 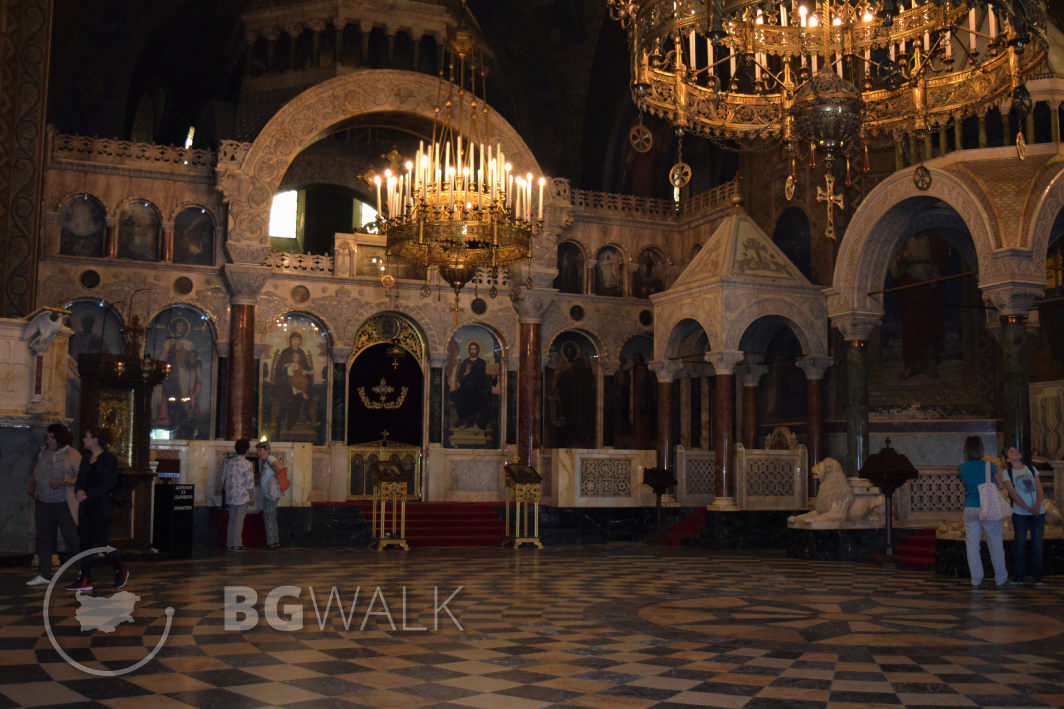 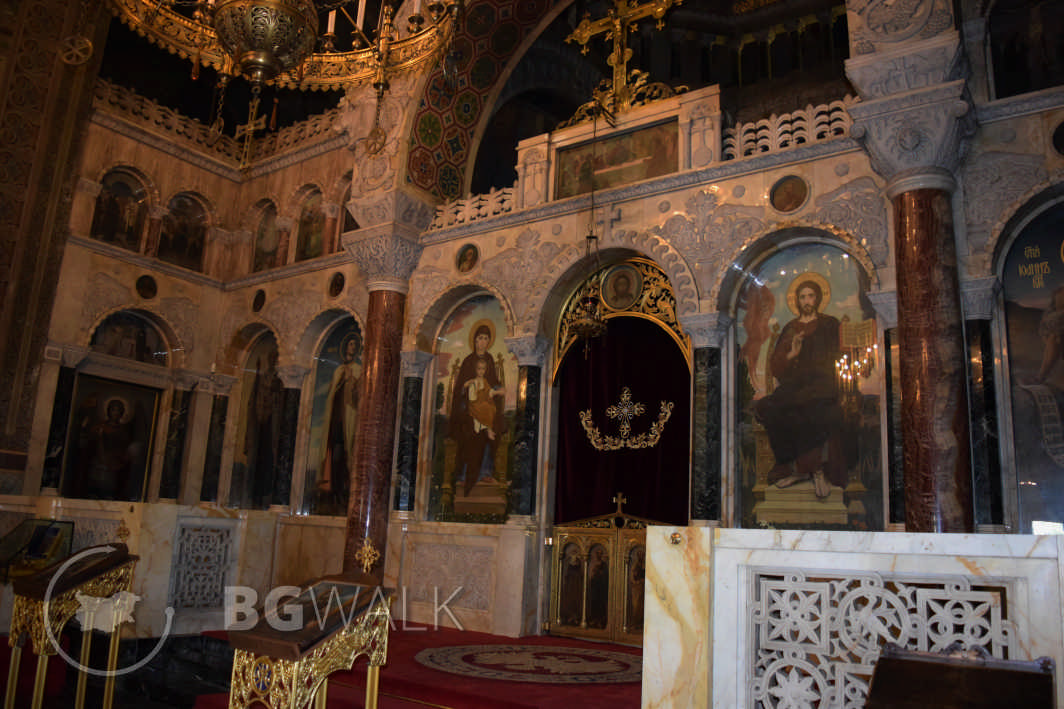 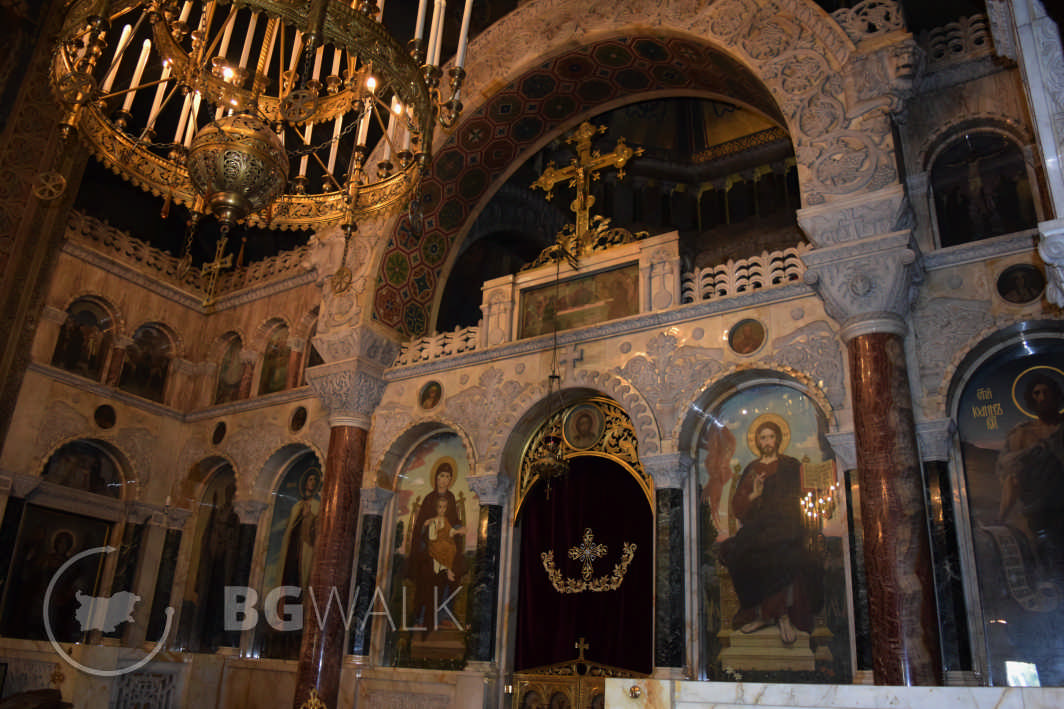 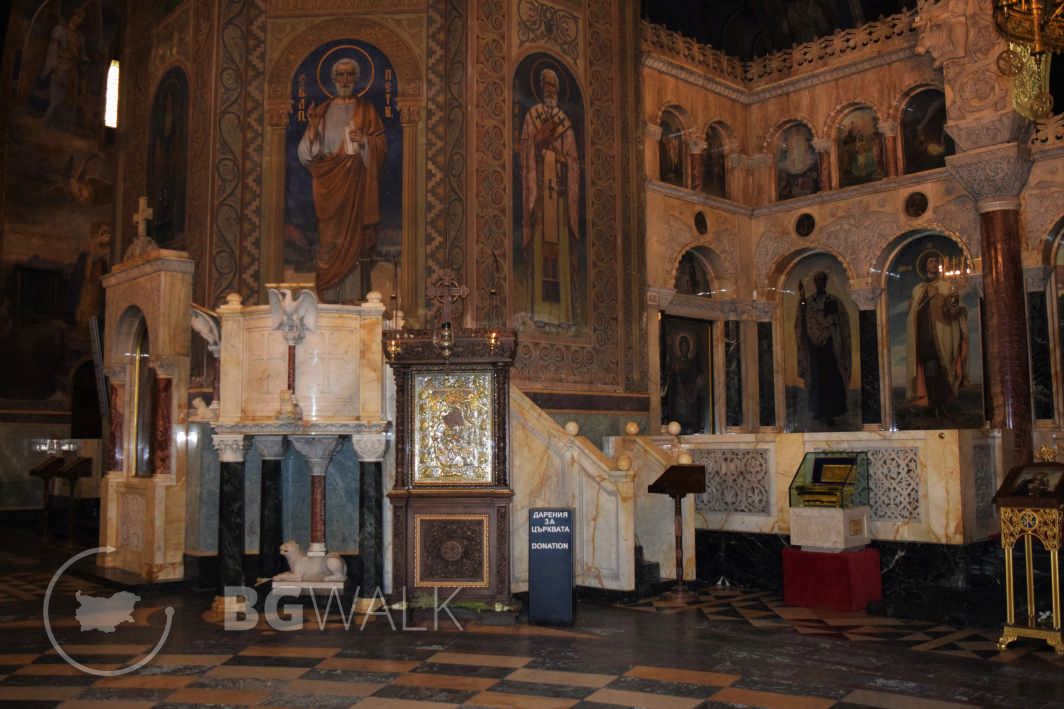 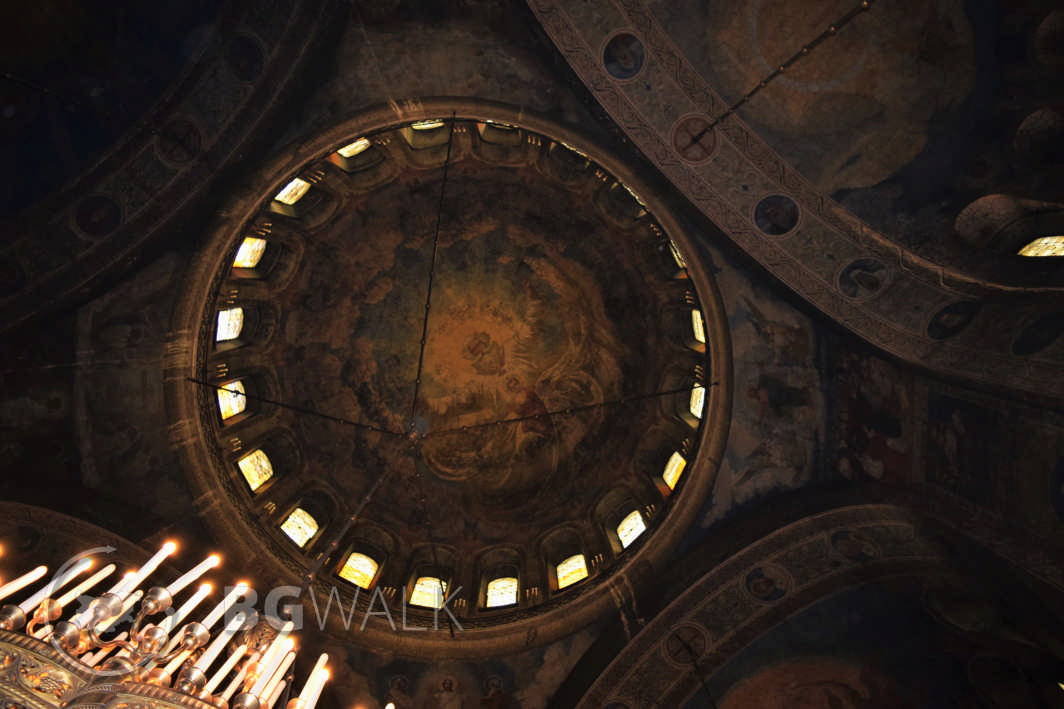 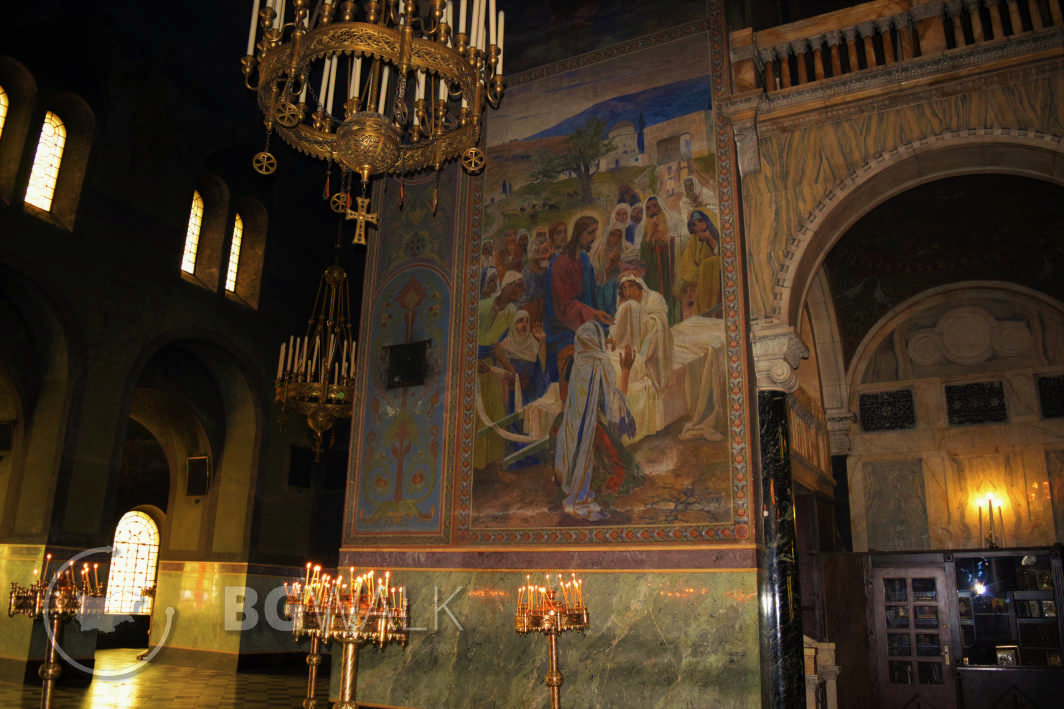