Holy Trinity Monastery - Krastova Gora is one of the most revered holy places in Bulgaria. It attracts thousands of worshippers and tourists from the country and abroad, throughout the whole year. The belief and the hope that here God hears every prayer and provides, gathers many people. It has been like this for decades and the testimonies for miraculous healings, comforting, and answered prayers are many. The serenity, the nature, the whole area of Krastova Gora make you feel different and calm you.

It is believed that part of the cross, on which Jesus Christ was crucified, is buried at Krastova Gora. A part of the life-giving cross of God still has not been found. There are only a few historical facts and many stories. Here’s part of the information about Krastova Gora, published on the website of the Bulgarian patriarchy:

The story of the Holy Trinity Monastery is related to the Georgian Grigoriy Bakuriani, “sevast and great domestic” of the western troops of the Byzantine Emperor Aleksiy I Komnin /1081-1118/, who established the Bachkovo Monastery in 1083. The following year, Bakuriani wrote a regulation for the governance of the monastery. In the section “The holy treasures and holy icons”, Bakuriani wrote: “I gave to the monastery as a gift two icons from gold alloy which have on their corners remains from the Holy Cross of Christ. The name of the big icon is “The Holy Transfiguration of the Lord”, and of the smaller one is “The Holy Virgin”. It is known that Queen Elena moved a big part of Christ’s cross from Jerusalem to Constantinople. Another part was left in Jerusalem and the third was sent to Rome.

Soon after, a monastery was established at that place /Krastova Gora/ which was called Troitski Monastery and was subordinate to the Bachkovo Monastery. The monks of Krastova Gora and the inhabitants of the village of Ivertse begged the abbot of the Bachkovo Monastery to give them the big Bakuriani icon with the debris of Christ’s cross, so it can protect the Troitski Monastery. After the falling of Bulgaria under Ottoman rule /1393/ and after the beginning of a time of division in this part of the Rhodopes in the beginning of the 15th century, when the hordes of Djadit Ali invaded the lands along the current of the Chaya river /The Chepelare river/ and the Lakin defile, the terrified monks of Krastova Gora hid into the ground the precious icon with the debris from God’s Cross. At the time of the attack, the monks were slaughtered while the church and the buildings were robbed, defiled, and burnt down.

In 1933, Yordan Stoichev Dryankov, originally from the village of Kovachevitsa, Gotse Delchev region, arrived in the village of Borovo. Since his childhood, he stood out with his devotion to religion. He was a poor, very humble and honest man, ready to stand all kinds of trials in the name of God. Yordancho, as everyone called him, sometimes had visions. After one night, spent at the Krastov peak, the story of the place itself was revealed to him: on this peak, once there was a big monastery in which a big part of Jesus’s cross was kept. According to the story, told by Yordancho, before that, the part was kept in Constantinople, in the sultan treasury /as the passionals of the saints and the church stories testify/. However, when the Russian king found out about this relic, he sent envoys with rich gifts for the sultan and told them: “When the sultan wishes to give you gifts for me, tell him that your king doesn’t want anything else but the part of the Cross, for which he found out that it was kept in the sultan treasury”. The envoys fulfilled the order of the king and the sultan gave them what they requested. When the mother of the sultan, however, found out about this, she told him: “What have you done? Don’t you know that the part of the Cross upholds your power and authority? Send a search party to capture the envoys and to take it back!” The sultan sent people, but they couldn’t capture the envoys because when they found out that they were searched for, they did not go back the same way they came, but they started towards the Middle Rhodopes. There, in the monastery on the Krastov peak, they gave the holy relic to the monks and left for Russia, thinking that they would come back later to take it. Not long after, the monastery was attacked and destroyed to the ground, and the monks - murdered. They, however, managed to hide the precious relic in the monastery’s hiding place.

Yordancho notified King Boris III himself about his vision. He told him that in the vision he was told to put up a high metal cross, as a sign that at that place, there’s a part of Jesus’s Cross. On May 1st, 1939, a big metal cross, built with the funds of King Boris III and lieutenant colonel Velichkov, was brought to Krastov peak. In the presence of the whole village of Borovo, the cross was sanctified and concreted on the east part of the peak. In the end of the blessing, a white dove landed on the bowl of holy water and after that, flew towards the west part of the Krastov peak. Yordan Stoichev pointed at the dove and told the people to follow it, because it was going to show them where the monastery once was located. The dove landed on a rock, at the bottom part of which, after the clearing of the accumulated stones, sprung water. /In 1957, Yordan Stoichev was put in a camp by the totalitarian communist regime, where he died as a martyr around 1960./

In 1956, by order from the the board of trustees at the Birth of the Virgin Church in Borovo, the craftsmen Kostadin Gribachev, Petar and Panayot Zhekini, and Dimitar Danchev, with the help of all the believers in the village, built the Holy Trinity Chapel on top of part of the preserved base of the old monastery church, on the west part of the Krastov peak.

Today, the Holy Trinity Monastery is a male holy cloister, having four monks as permanent residents. It is the only place where, from early spring until late fall, every Friday night until Saturday morning, there’s a night church vigil and Divine Holy Liturgy. Many believers come here on this day to ask for forgiveness and healing. It is believed that if a man stays at this place for at least one night, under the stars, full of faith and love, and says a genuine prayer to God, he will receive strength to tackle his trials and will receive an answer to his prayers.

The cross, a gift from King Boris III, was stolen on October 22, 1994, after it stood there more than 50 years, but, eventually, it was found by the shepherd Aleksi, from the village of Belitsa, the following year. While he pastured his herd half a kilometer from Krastova Gora, suddenly, he saw that his sheep started rushing towards the pine forest on the opposite side. Surprised, Aleksi followed them so he can see what scared them. When he got there, he saw them clustered, digging with hooves into last-year’s leafs. At that very place, the shepherd found the half-buried metal cross, cut in two. At first, he got scared that he would get the blame for the theft but, then, decided to report the find. When he told father Vasil that he had found the cross, the father started crying and then, started to thank God. After that, the cross was weld back together and taken back to its place. That was a true miracle because Jesus’s cross does not allow encroachments. The thieves of the relic found that out as well. Not long after the return of the cross, someone left a note for the abbot in which it was written: “When we encroached the cross, there were three of us. Troubles came upon our families. Two of us passed away. I did not want the same fate as them. I returned the cross and now I ask for forgiveness…!”

Today, the believers can take a bow to both crosses. The original one /weighing 66 kg/ is at its original place - on the mount, where the alley with the chapels lead. Today, same as always, long lines of people who seek God and his help, never stop to form. Its copy, on other hand, which took its place while it was gone, is now located over the water spring Galabichkata.

Today, the monastery has two churches - Holy Trinity and The Veil of the Holy Mother of God /1995/, as well as 15 chapels. In the church The Veil of the Holy Mother of God, you can bow to the miraculous part of Jesus’s cross, built into a big golen cross which had been kept in the secret fund of the National Historical Museum for more than 20 years. That, however, is not the same holy part of God’s cross, which is believed to be buried in Krastova Gora. The alley is incredibly beautiful and influential with chapels dedicated to the 12 apostles. One of the most attractive places to visit are the 2 springs with healing water. The water spring “Ochnoto” and the water spring even closer “Galabichkata”.


The temple holiday celebration dedicated to the holy cloister. The temple “Sveto Vazkrasenie Hristovo” built on Jesus’ tomb, where queen Helen laid the Cross of the Lord which she discovered, was consecrated on September 13 ,335. On the next day, the 14th, the cross was lifted “exalted” above the heads of all the believers, so that they can bow to it. This is the way the holiday earned its name, the Universal exaltation of the holy and life-giving Cross of the lord. In Bulgaria it is better known as “Krastovden”. The 14th of September is also a temple holiday for “Krastova gora” and many associate this day with this peculiar place. Every year on the 13th facing 14th of September thousands of people walk to the peak, so that they can participate in the nightly vigil and prayer to welcome the feast with hopes of gaining healing blessing and God’s blessings. The stories about the miraculous powers of the “Krastova gora” are many, as well as the testimonies claiming that it cured serious illnesses and also that it has offered in some way resolution to all sort of problems through God’s holy blessing.


Accommodation. The monastery also has rooms for overnight stay. The prices are between 10 to 15 leva per bed as of 2019.

This is the only place in the country where every Friday facing Saturday there is night worship, the same way monks worshiped in from the past monastery. On Sunday and the other holidays, the services are from 9 to 11 o’clock. 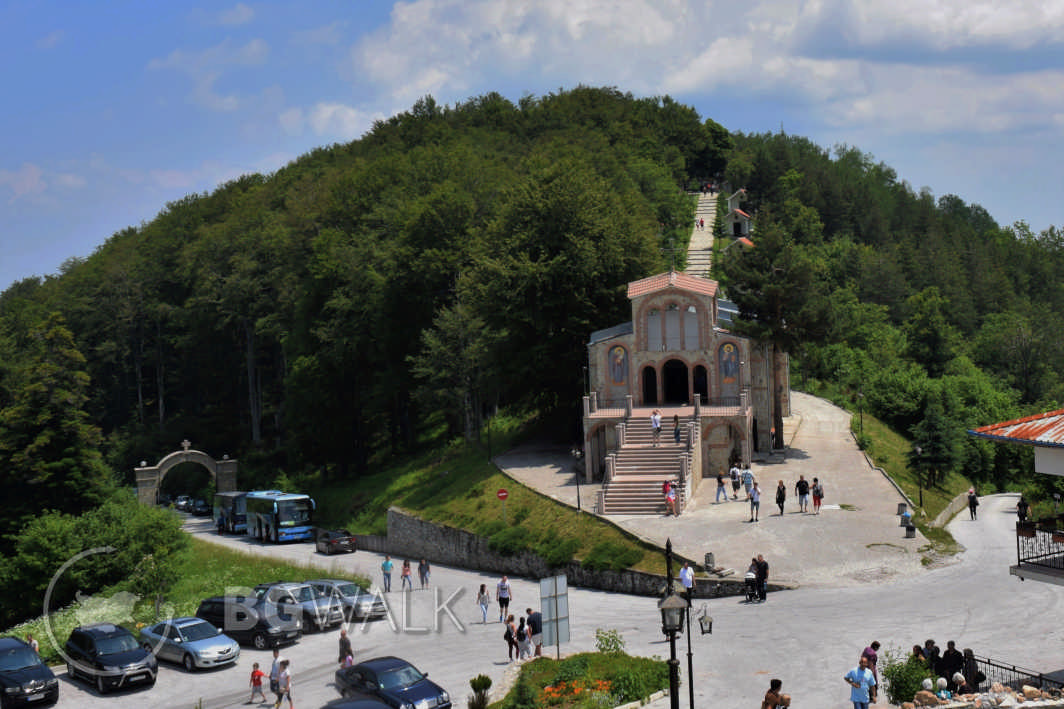 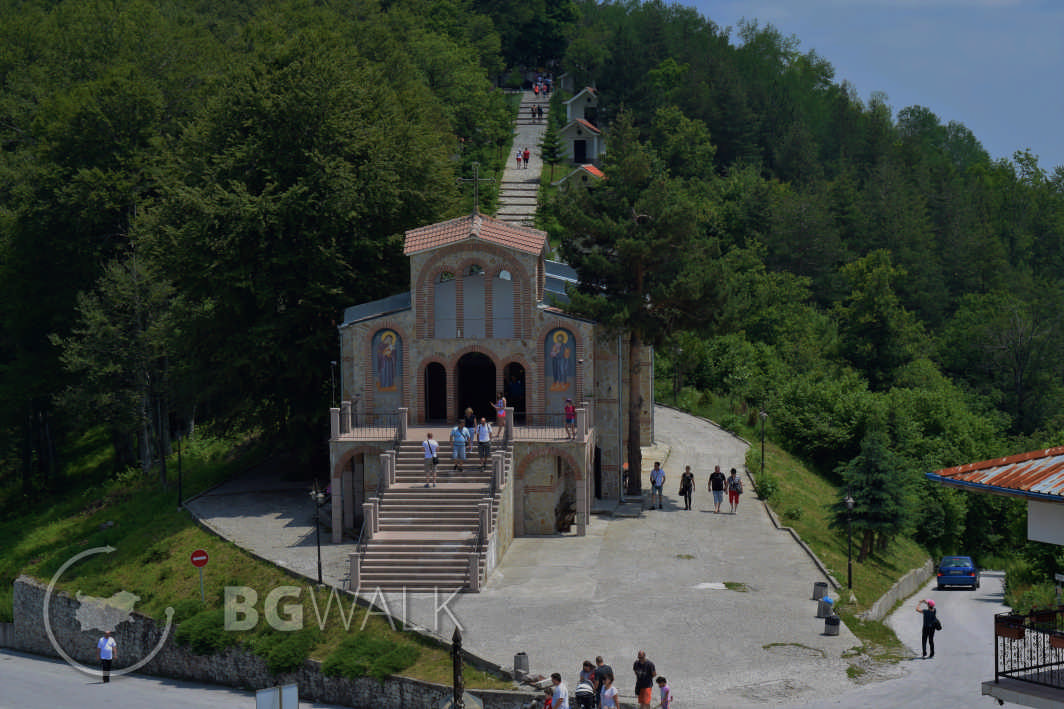 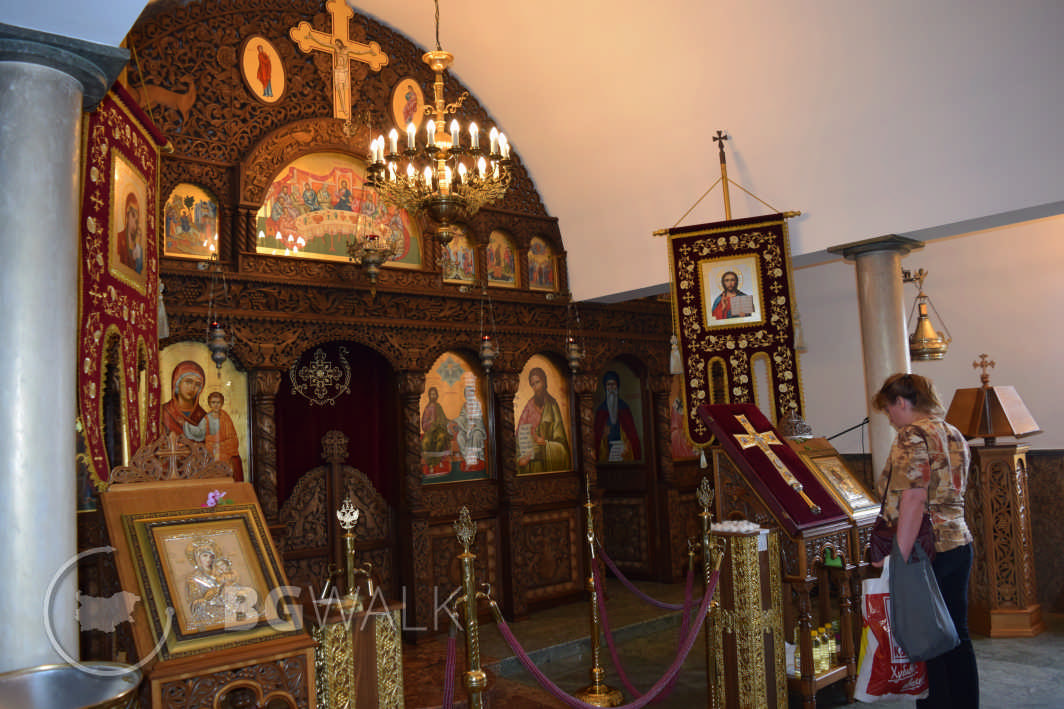 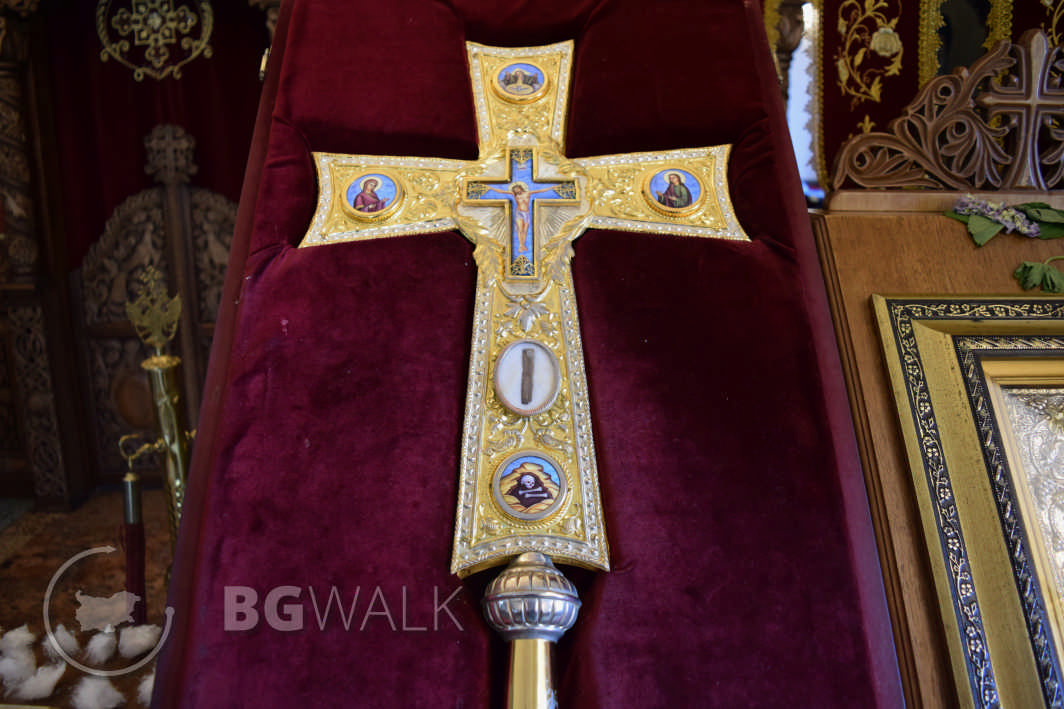 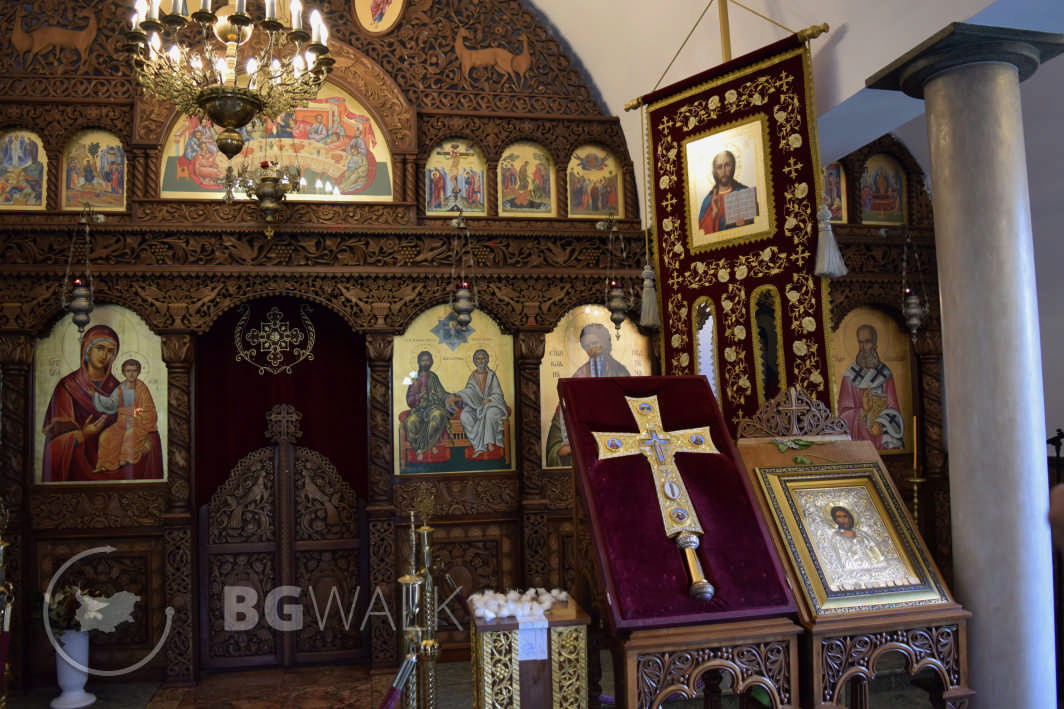 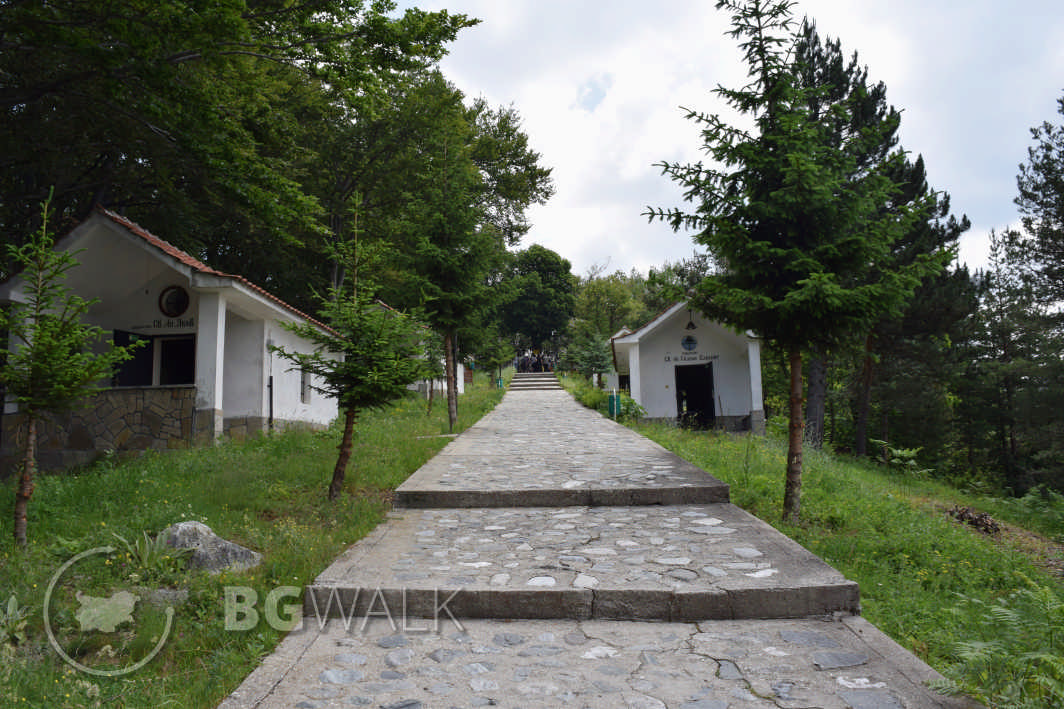 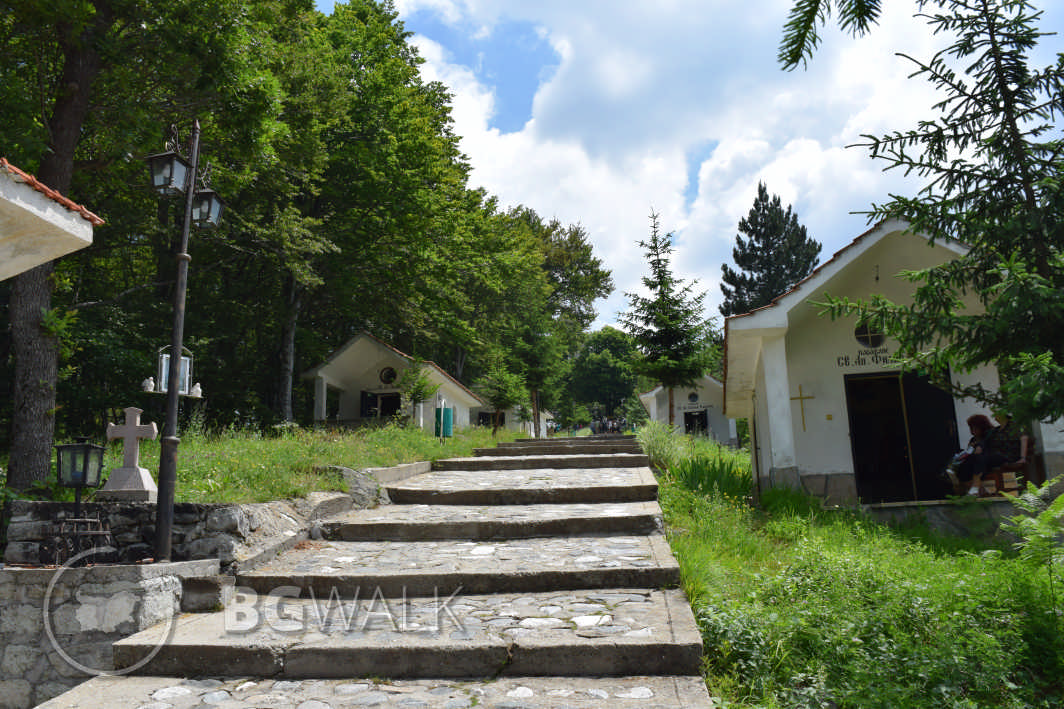 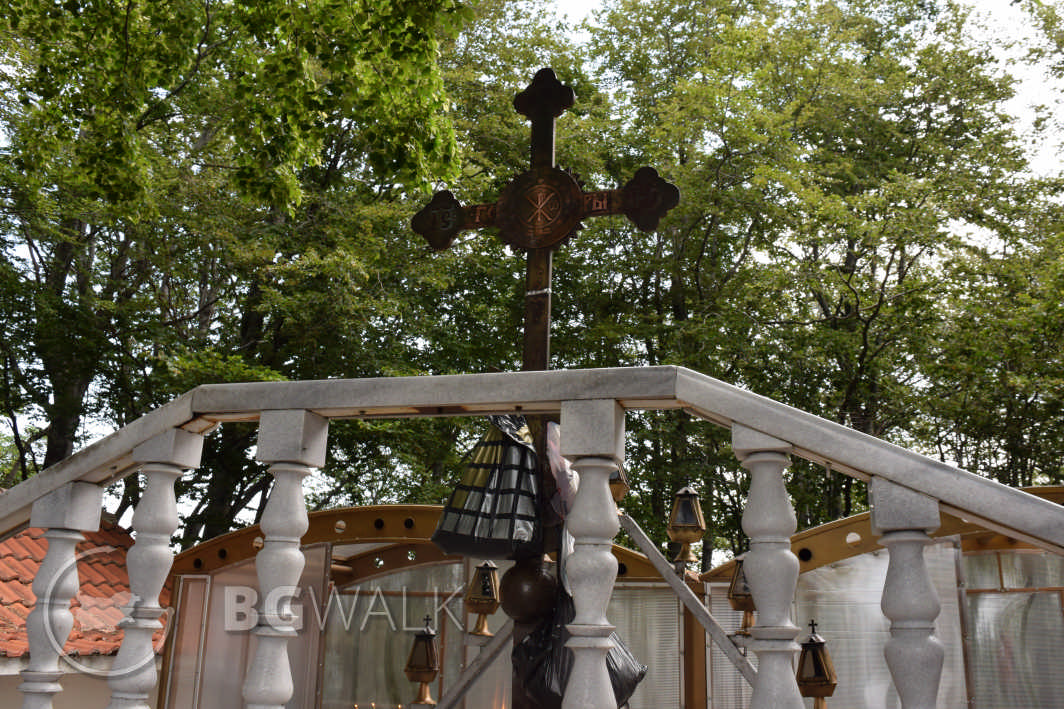 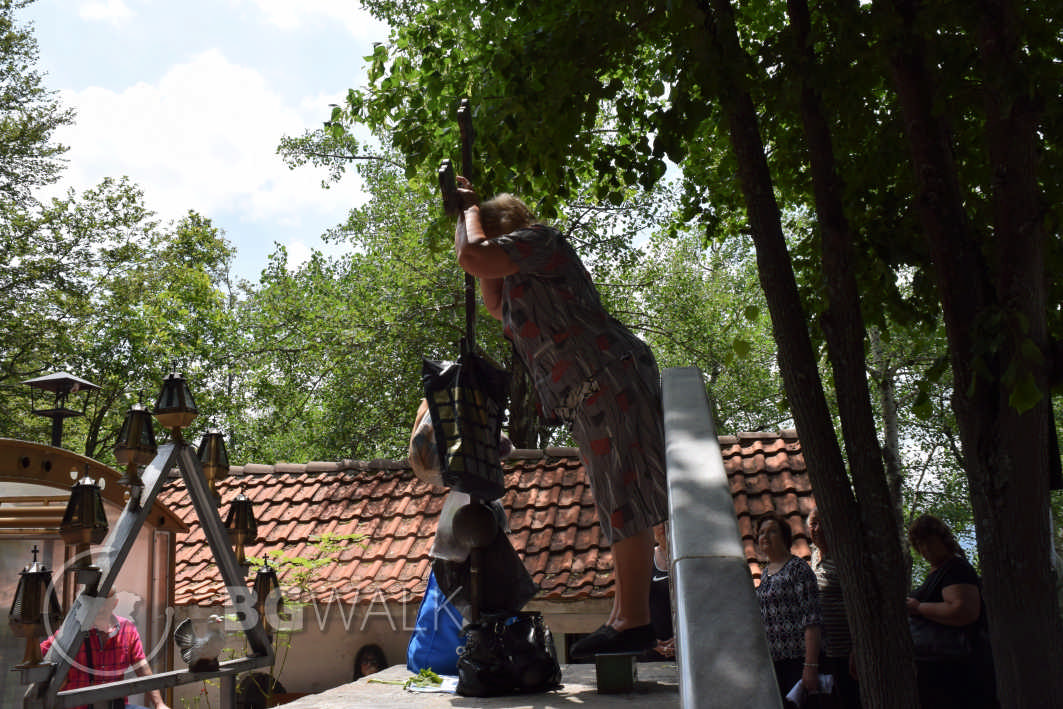 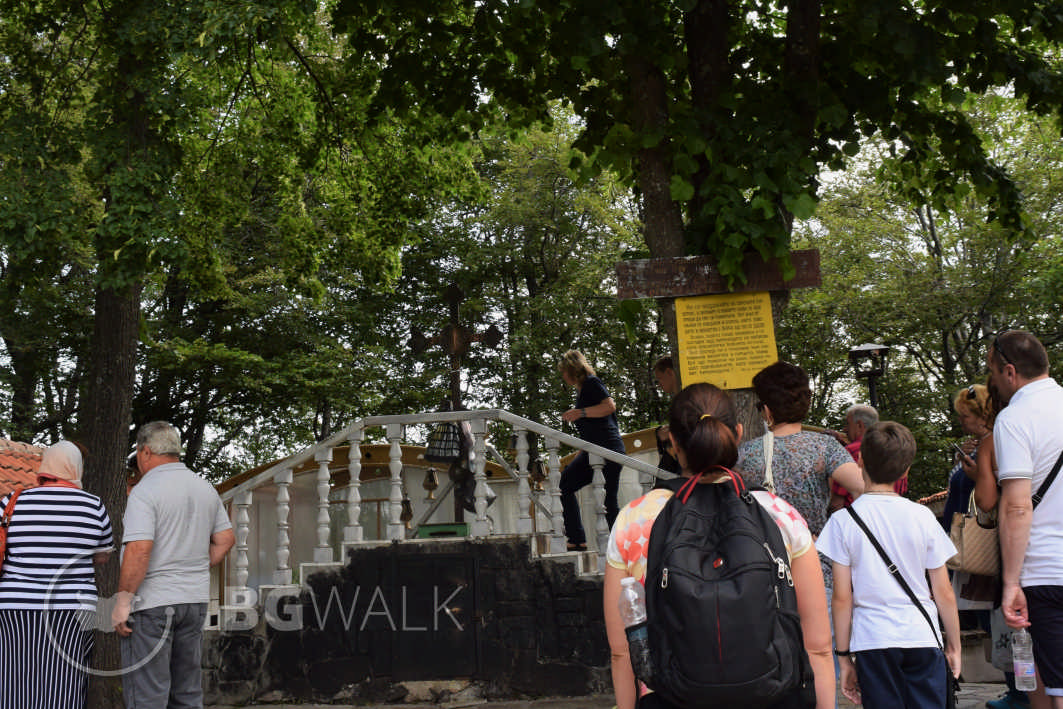 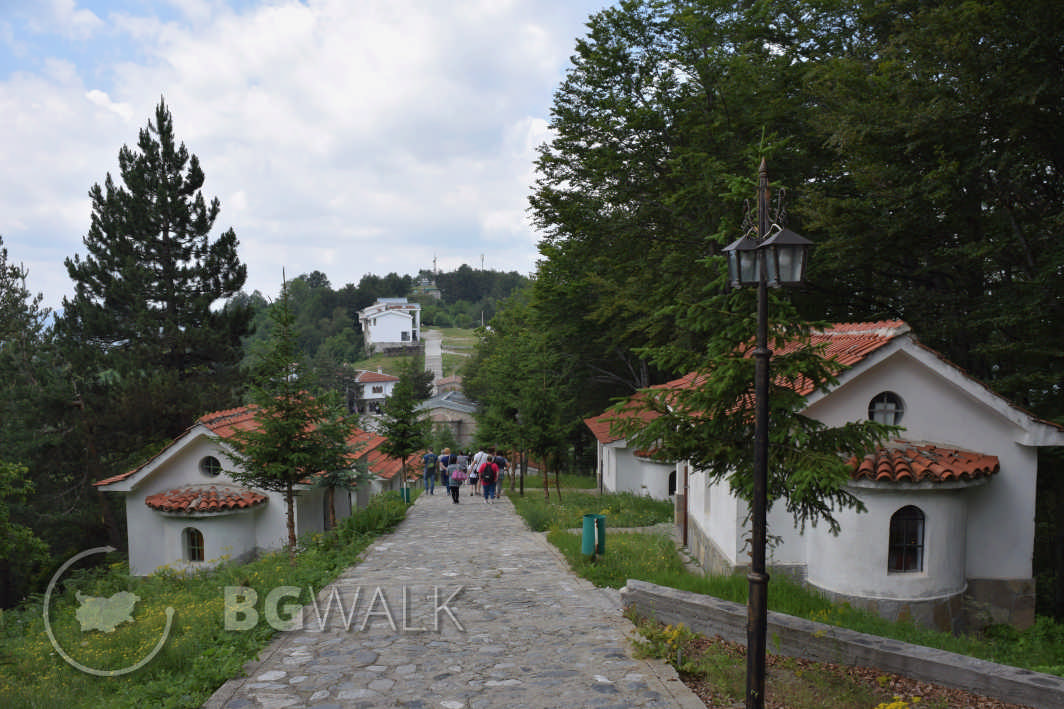 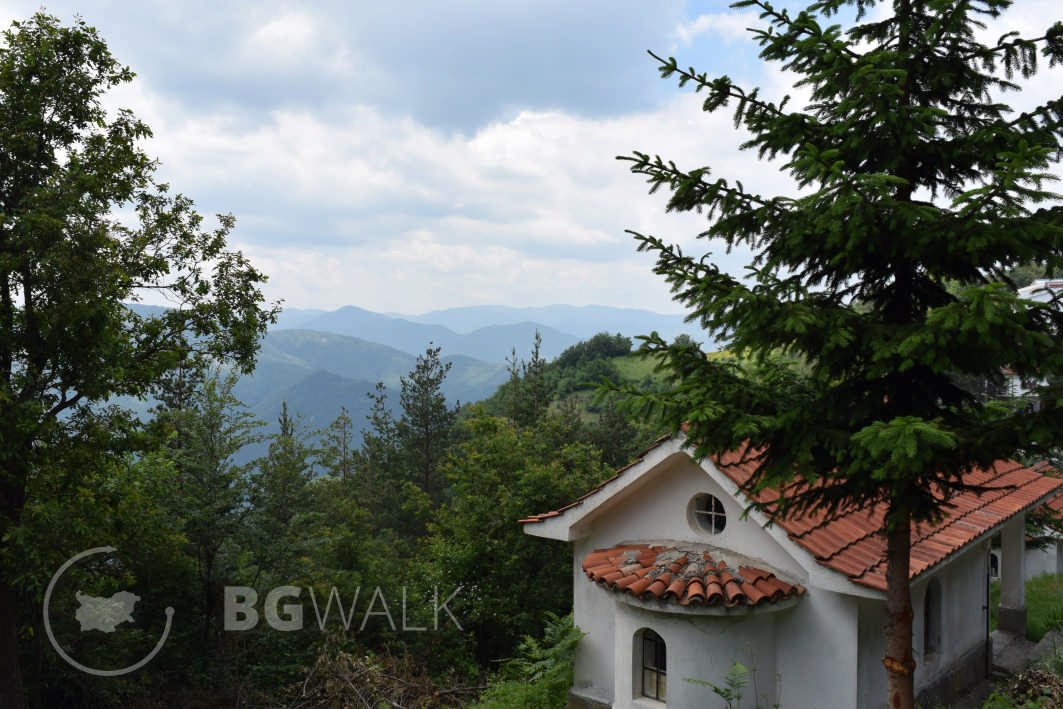 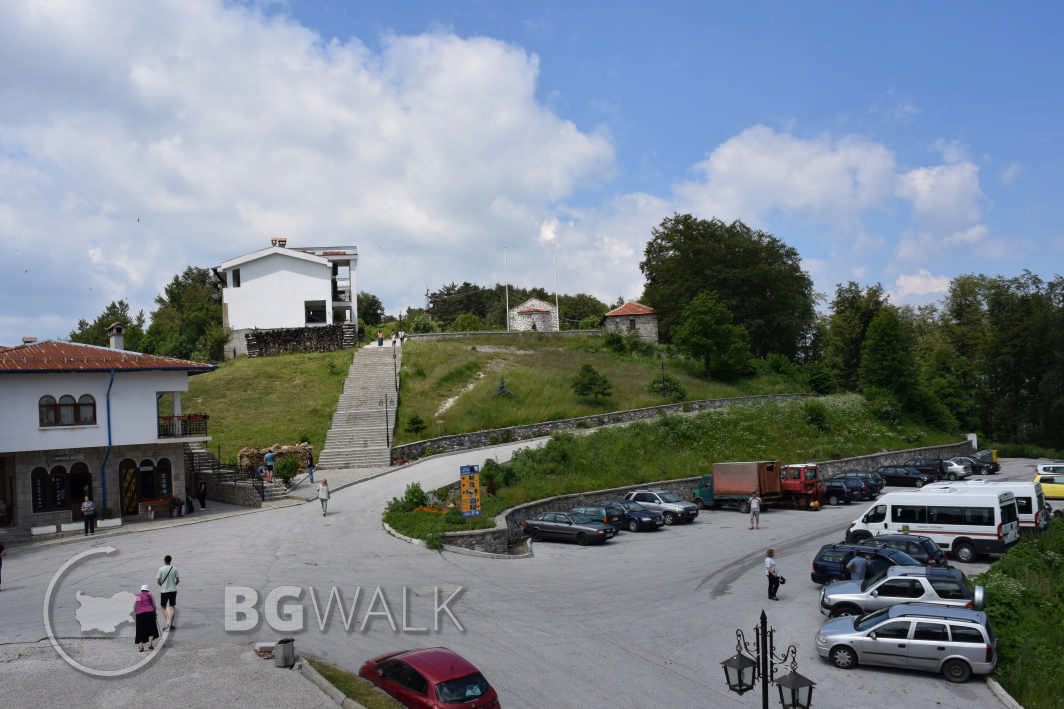 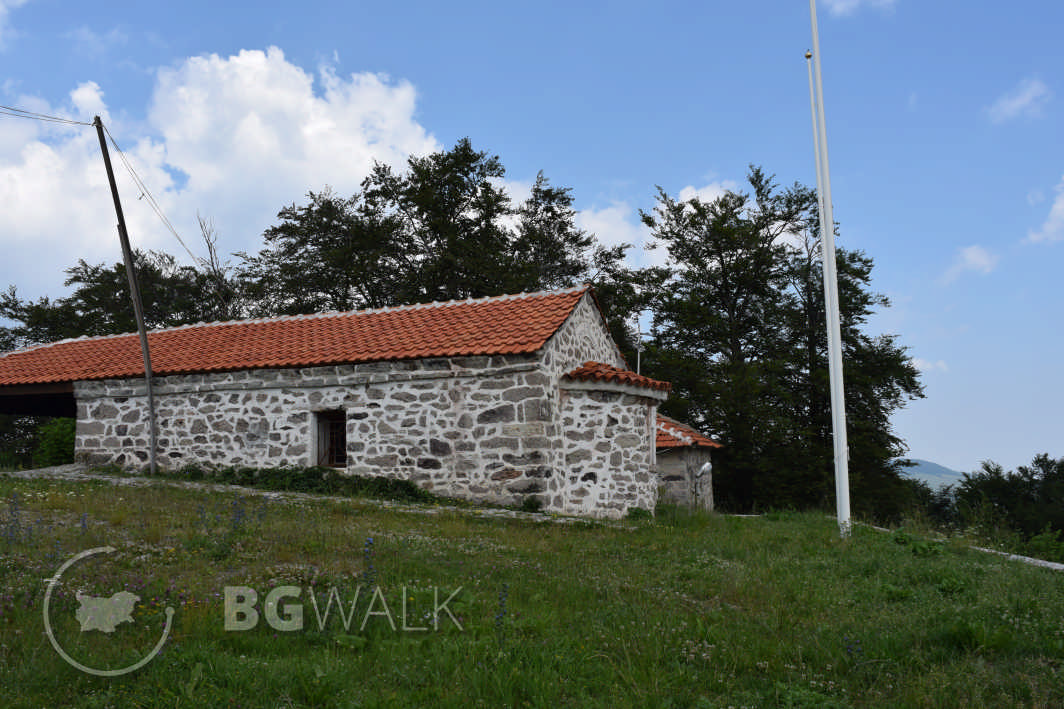 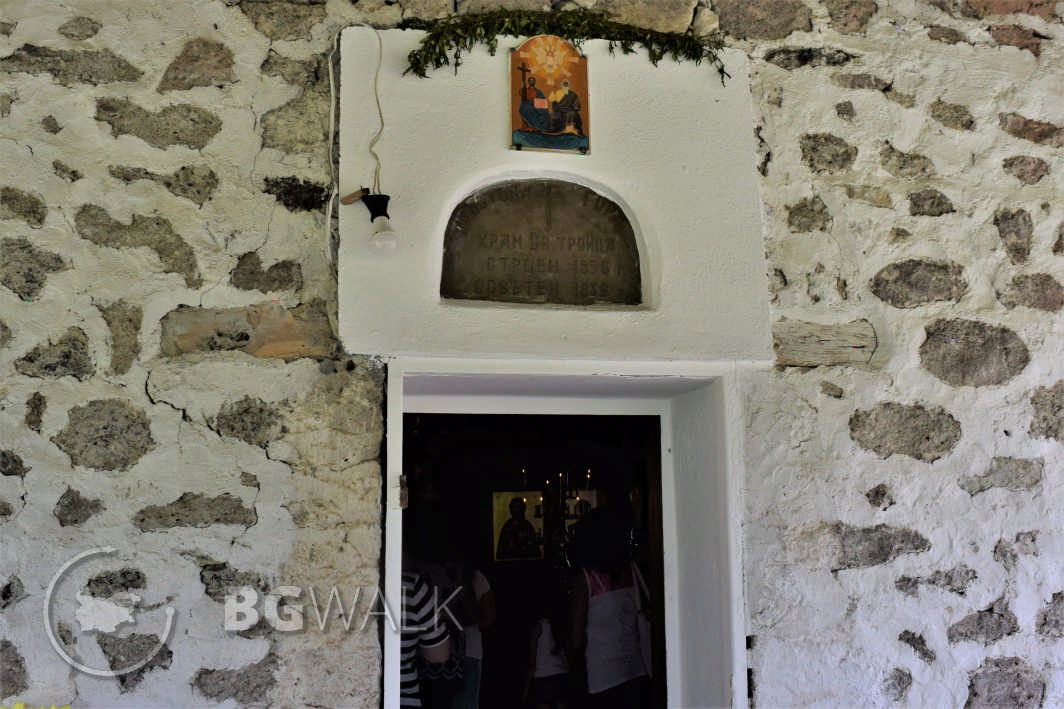 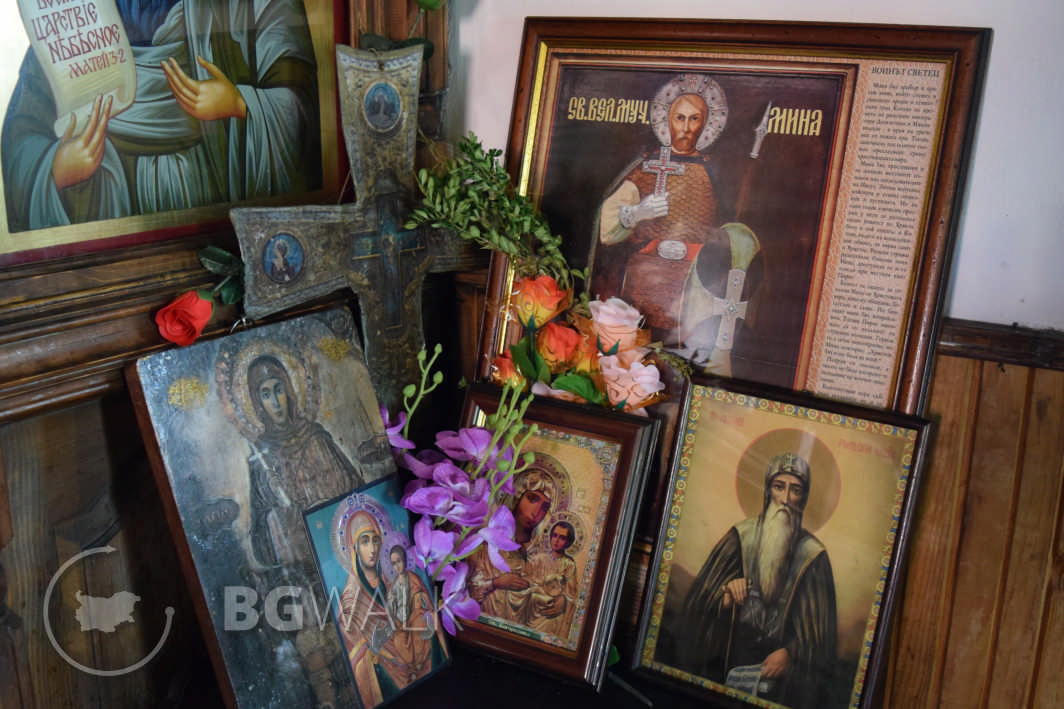 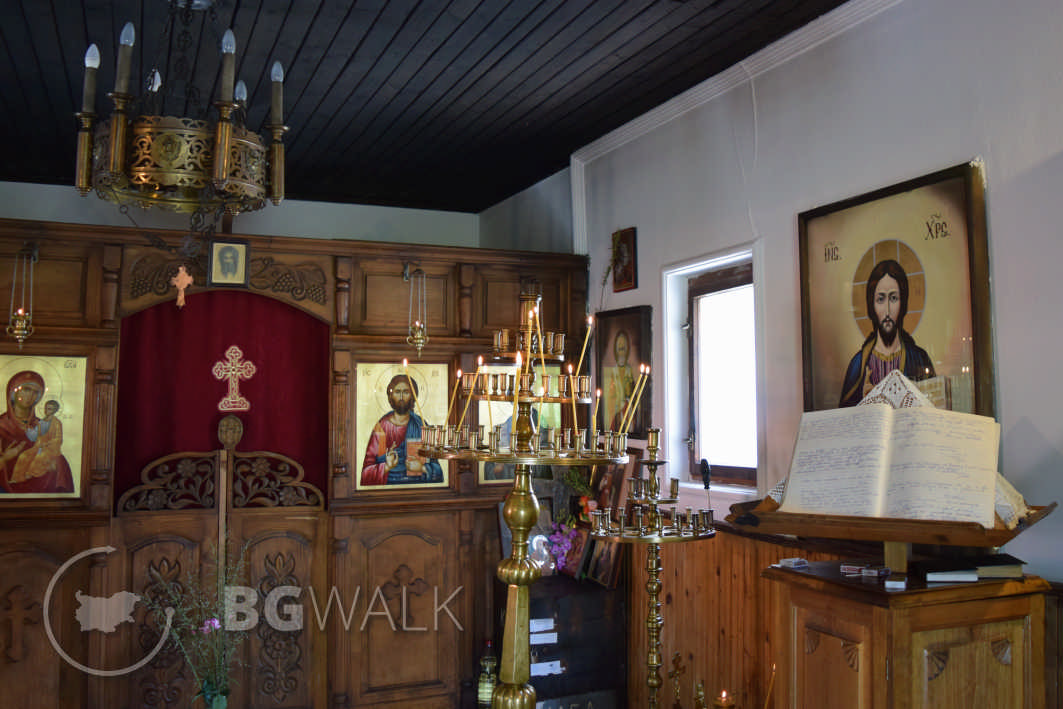 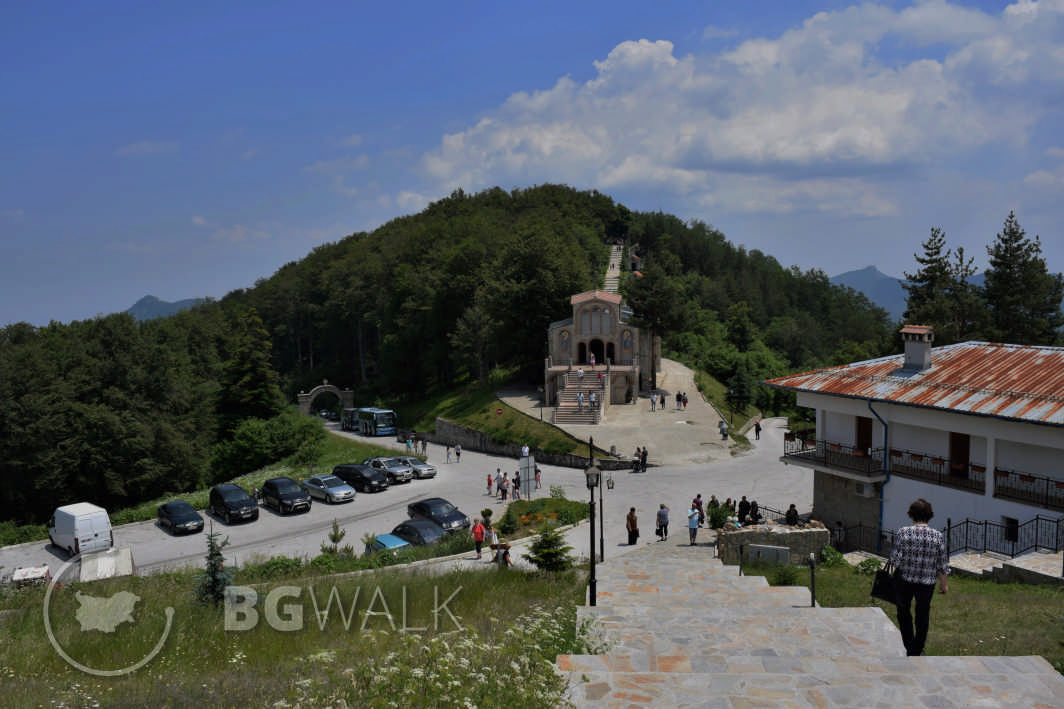 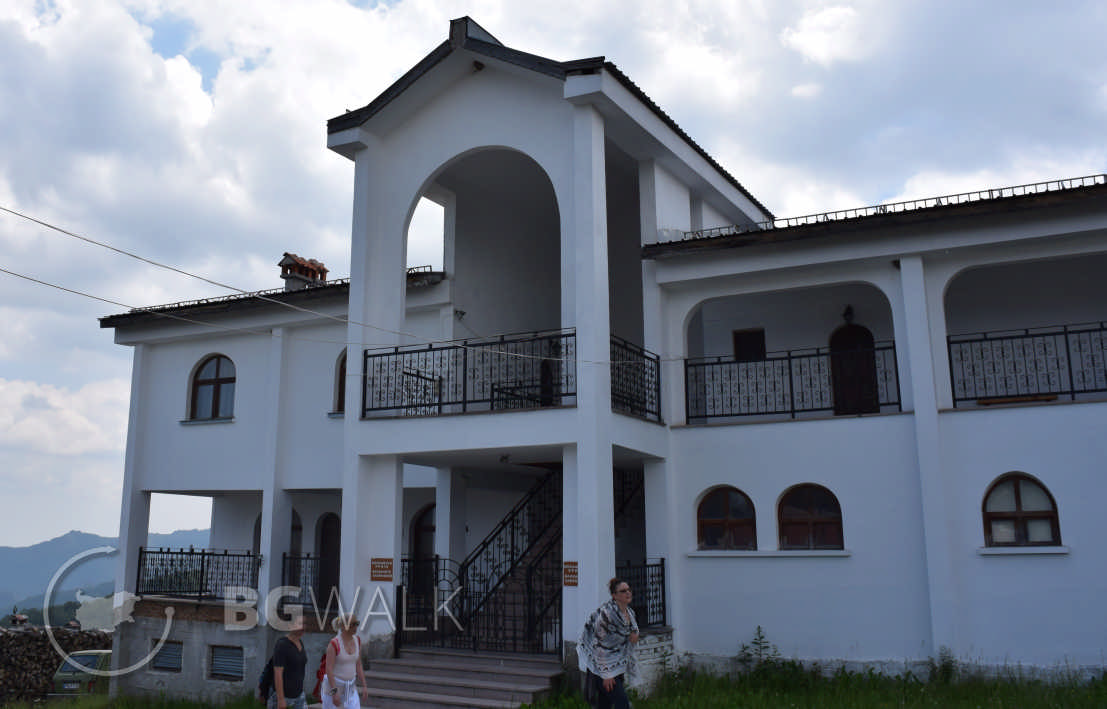 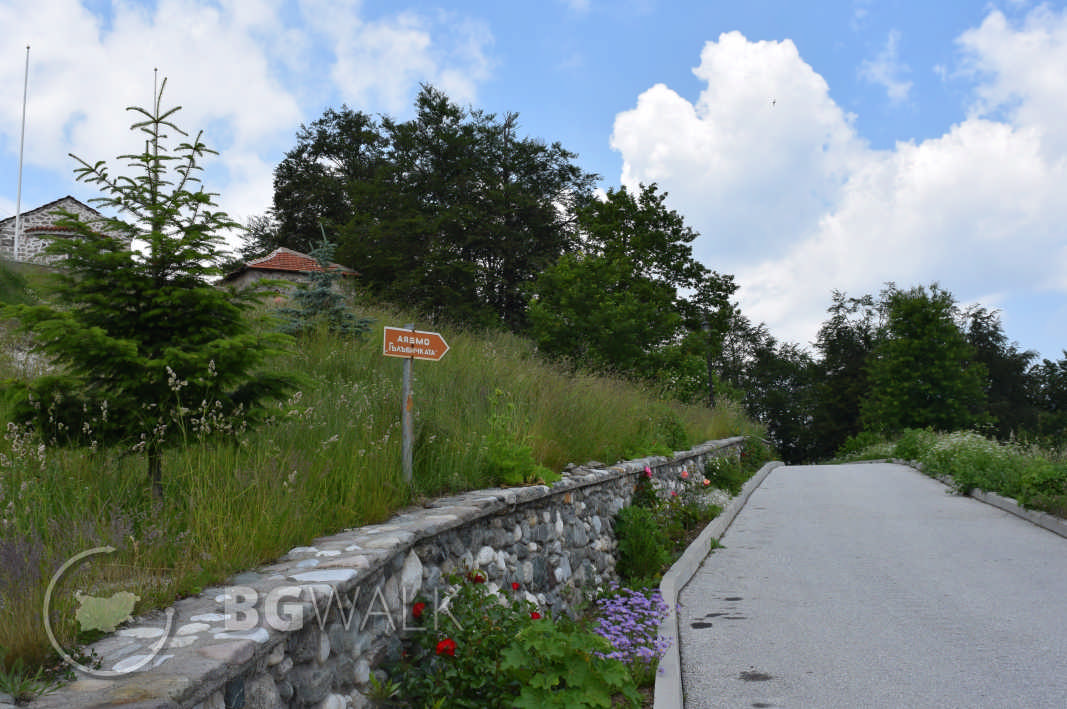 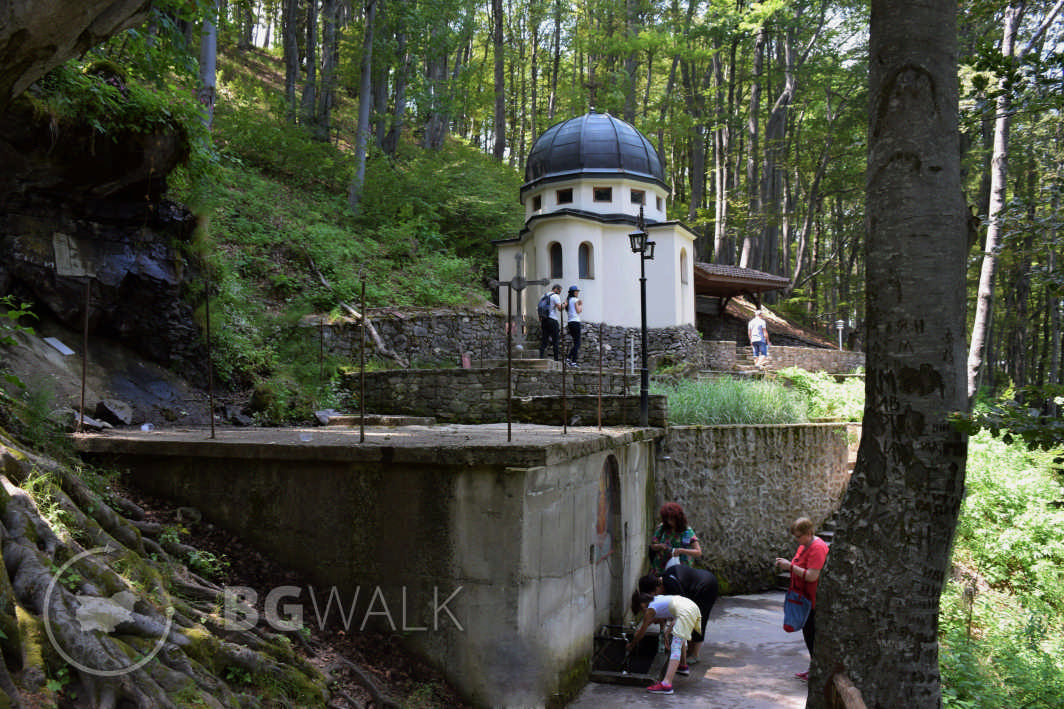 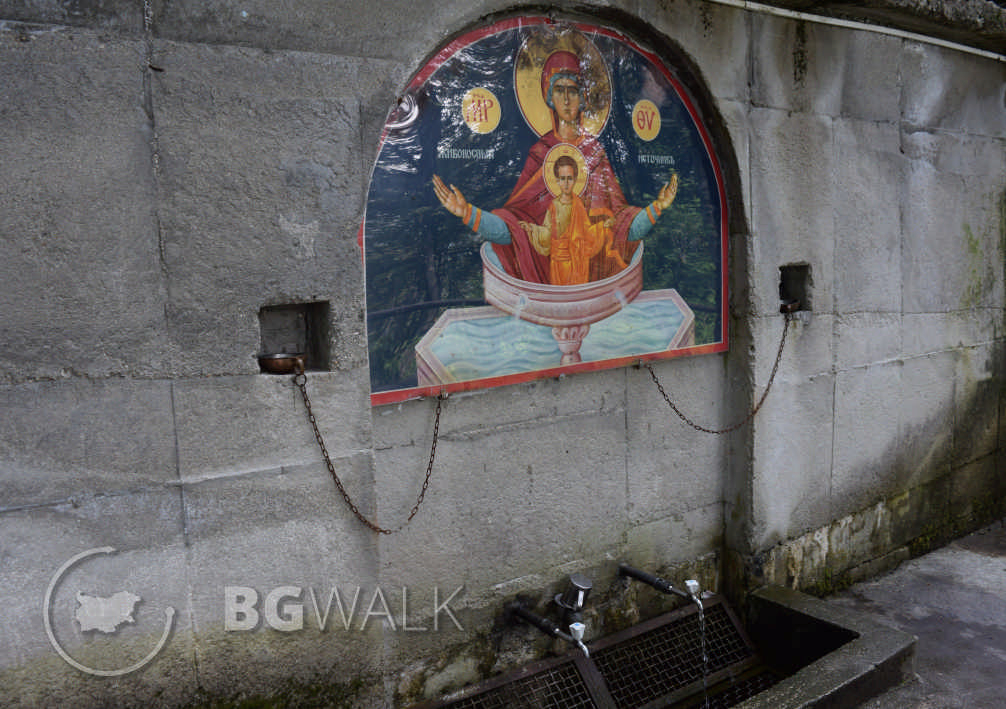 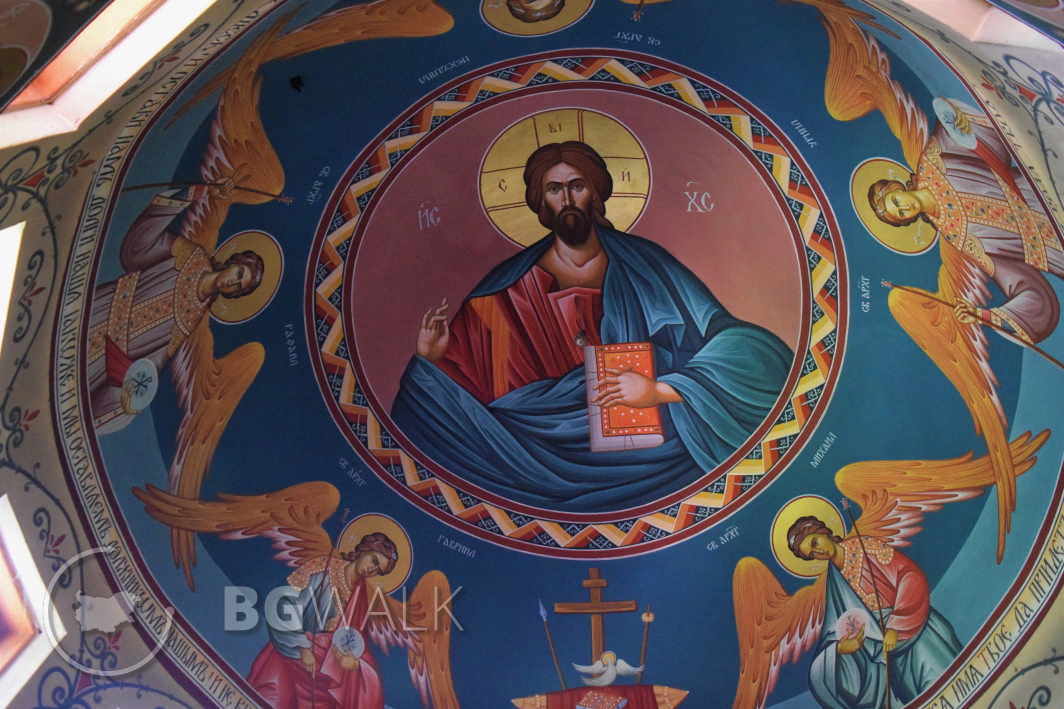 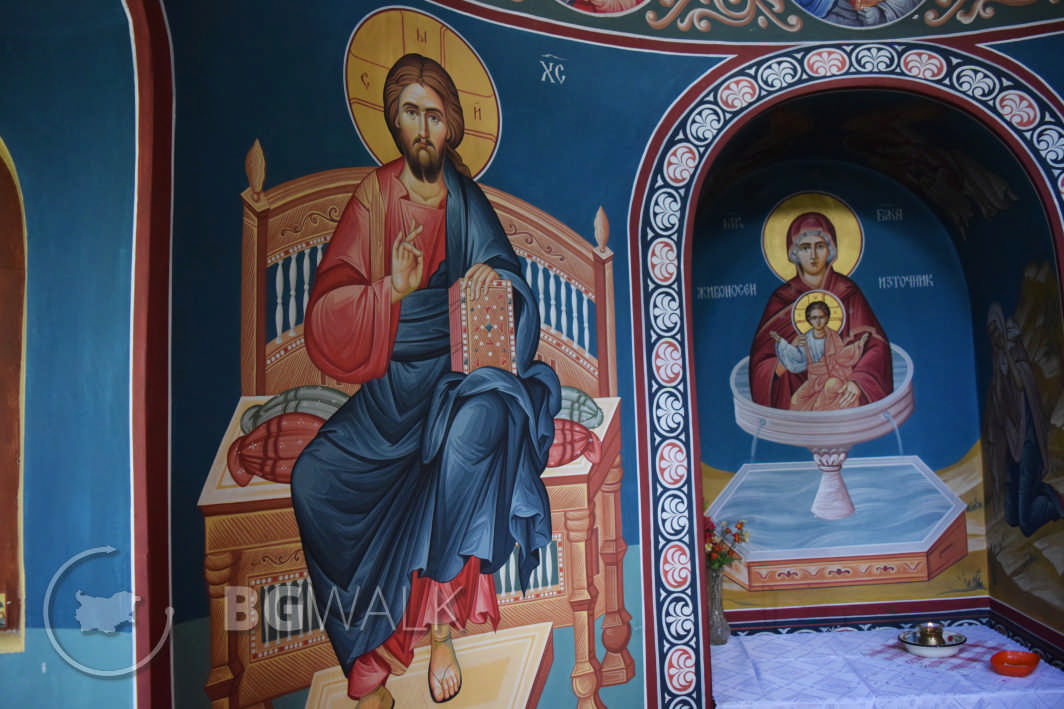 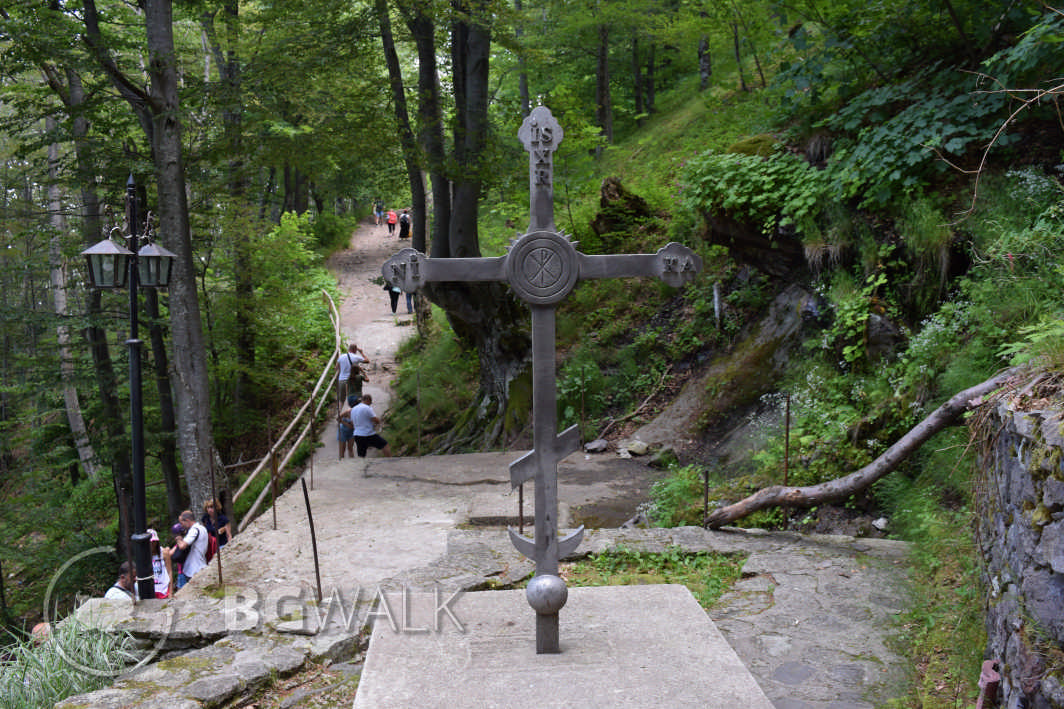